Okay below are are the 3 books on which you can vote this month, all 3 are fantasy/ paranormal books and first in a series. I also bought all of these recently and hope to read them soon. 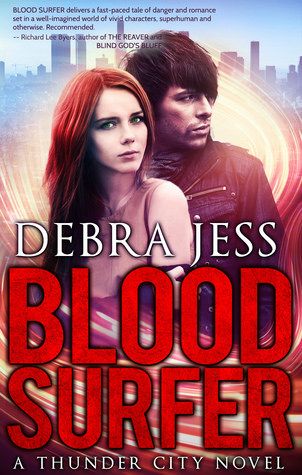 Blurb:
Their destiny is written in blood.

Welcome to Star Haven, where the police arrest and imprison alternative humans, if not execute them outright. When outlaw Hannah Quinn saves Officer Scott Grey’s life by bloodsurfing through his broken body, he winds up on the wrong side of the kill line.

Hannah blew any chance she had of escaping Star Haven when she chose to save Scott’s life. Scott has a reputation for killing Alts instead of arresting them. Now that she’s triggered his dormant Alt ability, he’s forced to go on the run with her until she can break his despised Alt power.

Suspicion dies hard after a lifetime of conditioning. Despite the threat to their lives, Hannah finds herself falling for the one man she can’t trust — and Scott falls for the woman who destroyed his life.

With love and mistrust at war in a city where betrayal can earn your freedom, will Hannah and Scott’s tenuous bond be enough to save them? 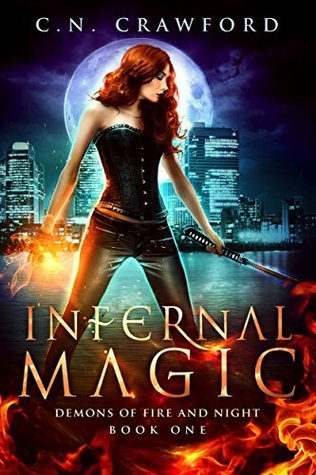 Infernal Magic (Demons of Fire and Night #1)
by C.N. Crawford

Blurb:
She’s forgotten her past. Too bad her past won’t return the favor.

Ursula can’t remember a single thing from before three years ago, so she has to keep her life simple. All she wants is to earn enough money for rent–and maybe a bit left over for a new pair of boots.

But on her eighteenth birthday, all hell breaks loose… quite literally… when a hellhound shifter shows up in her kitchen. Kester’s lethally gorgeous, and he’s come with a terrifying message: Ursula owes her soul to a demon.

No one seems to care that she doesn’t remember striking that deal.

Thrust in the middle of a demonic war, Ursula fights her way across New York–and through the fae realm to survive. Along the way, she must reclaim her magical knowledge and her long-forgotten skills with the blade if she wants to escape eternal damnation.