As my reading list for my Kobo is already all planned out for this month, you can vote for my next ipad read! All of these are review copies I got through netgalley. One fantasy book, one sci-fi book and one cozy mystery. All are first books in a series. Three different genres, three different books! You can vote at the bottom of the post. I can’t wait to see which books wins and please let me know in the comment for which book you voted and why! 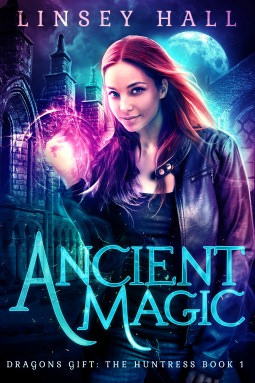 Ancient Magic (Dragon’s Gift: The Huntress #1)
by Linsey Hall
Format: e-copy
Source: for review through netgalley
You can find Ancient Magic on Goodreads

Blurb:
I’m good at two things: finding treasure and killing demons. Lying low is a close third—but not because I want to be good at hiding. I have to be. I’m a FireSoul, one of the unlucky few to inherit a piece of the dragon’s soul. Being born with the dragon’s covetousness should be a sweet gig – I have the power to find and steal any type of treasure, including the powers of other supernaturals.

But it doesn’t come without a price – stealing powers requires that I kill, and others would destroy me if they discover what I am. In a world full of magic, hiding my species is the only way to survive. Finding magical artifacts is the only way to pay the bills. It’s a dangerous job when you can barely use your magic, but that’s one of the things I like about it.

When Aidan Merrick, the most powerful shifter in the city, hired me to find an ancient scroll, I didn’t want to take the job. His immense amount of power reminds me of too much of murky memories from a past I can’t remember. But I don’t have a choice. The scroll reveals what I am. And if anyone finds out, I’m dead. 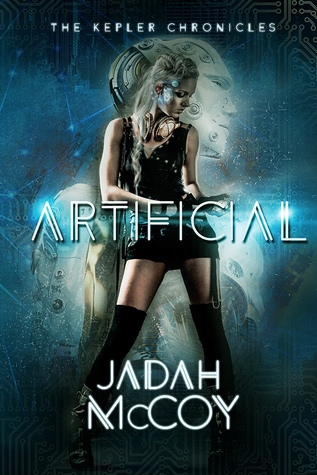 Artificial (The Kepler Chronicles #1)
by Jadah McCoy
Format: e-copy
Source: for review through netgalley
You can find Artificial on Goodreads

Blurb:
She struggles to feel human.

In 2256, the only remnants of civilization on Earth’s first colonized planet, Kepler, are the plant-covered buildings and the nocturnal, genetically spliced bug-people nesting within them: the Cull. During the day, Syl leaves her home in the sewers beneath Elite City to scavenge for food, but at night the Cull come looking for a meal of their own. Syl thought gene splicing died with the Android War a century ago. She thought the bugs could be exterminated, Elite city rebuilt, and the population replenished. She’s wrong.

Whoever engineered the Cull isn’t done playing God. Syl is abducted and tortured in horrific experiments which result in her own DNA being spliced, slowly turning her into one of the bugs. Now she must find a cure and stop the person responsible before every remaining man, woman, and child on Kepler is transformed into the abomination they fear.

He struggles not to.

For Bastion, being an android in the sex industry isn’t so bad. Clubbing beneath the streets of New Elite by day and seducing the rich by night isn’t an altogether undesirable occupation. But every day a new android cadaver appears in the slum gutters, and each caved in metal skull and heap of mangled wires whittles away at him.

Glitches—androids with empathy—are being murdered, their models discontinued and strung up as a warning. Show emotion, you die. Good thing Bastion can keep a secret, or he would be the next body lining the street.

He can almost live with hiding his emotions. That is, until a girl shows up in the slums—a human girl, who claims she was an experiment. And in New Elite, being a human is even worse than being a Glitch. Now Bastion must help the girl escape before he becomes victim to his too-human emotions, one way or another. 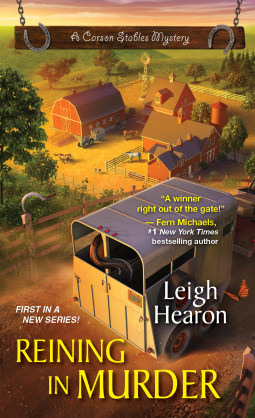 Blurb:
When horse trainer Annie Carson rescues a beautiful thoroughbred from a roadside rollover, she knows the horse is lucky to be alive…unlike the driver. After rehabilitating the injured animal at her Carson Stables ranch, Annie delivers the horse to Hilda Colbert–the thoroughbred’s neurotic and controlling owner–only to find she’s been permanently put out to pasture. Two deaths in three days is unheard of in the small Olympic Peninsula county, and Annie decides to start sniffing around. She’s confident she can track down a killer…but she may not know how ruthless this killer really is…