When I saw this recipe when scrolling through my facebook timeline I knew I had to make it. I saved it and two weeks later I gave it a try. This recipe is surprisingly simple, although there is some waiting involved. These Oreo cream cheese balls with chocolate make for a good sweet snack and the combination of Oreo with cream cheese makes for a soft and sweet filling and the chocolate coating just finished it. There’s no oven involved, only a few ingredients and time in the fridge. For this recipe I didn’t make pictures fo the whole process only of the finished result.
This recipe is based on Allerhande their Oreo Truffles recipe (dutch recipe). 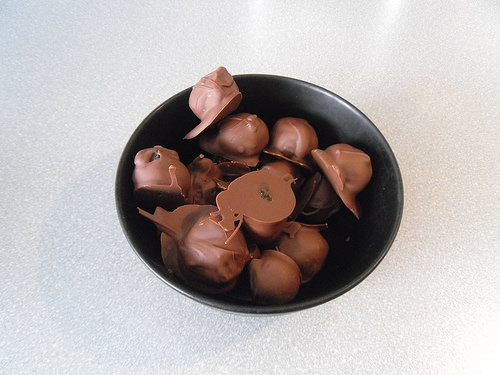 You can also check out Allerhande their video recipe so you can see how they make it. The recipe is in dutch, but the video will still give you a feel for how to make this.