When I first heard of this dish I wasn’t quite sure what to expect, but it sounded promising enough, so I gave it a try. I can only say that this dish is definitely worth a try. It’s sort of a quiche/ savory pie recipe, but it’s different from most other quiche recipes out there. It has the most delicious combination of flavors. the different ingredient really work well together. I made a few tweaks beforehand to enhance the flavor and it turned out great. It is a bit time intensive though to prepare and cut all the separate ingredients and then it has to go in the oven for a while, but it’s totally worth it!

This recipe is based on Savoring the Past’s Delicious Savory Onion Pie recipe. It’s a great blog for more historical dishes and I really like the video’s and pictures he uses to accompany the recipe. 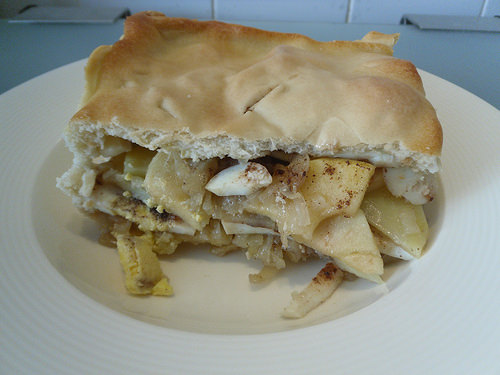 For the crust I recommend going with a storebought pie crust if you can find that or dough. Here we have quiche dough as square pieces so you can use the right amount. I used 10 square pieces of dough for this recipe. You can also make your own pie crust, but it will take a bit longer that. Make sure it’s a pie crust suited for savory dishes. This recipe feeds about 6 people. 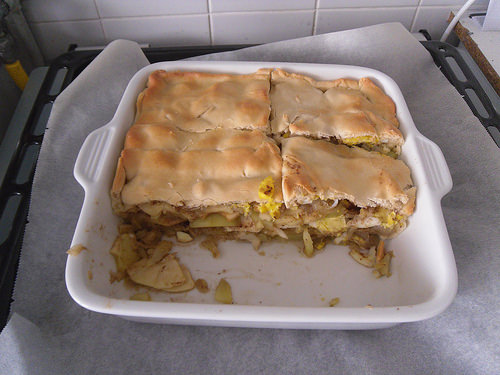 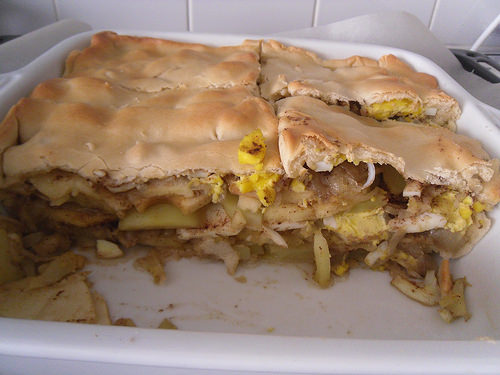