I love naan and used to always buy it for with my curries, but it was pretty expensive, so I stopped buying it. I knew I could make it myself, but the first time I tried it took way too long. The one day while making Dal Dhokli I decide to try and double the dough for the dhokli and make dokli and naan from it. It was just enough for two naans and took less time to make. It’s easy to make just enough naan for two people. It’s also handy to remember that the thinner the dough is, the faster it’s baked. So while it does take some time, it’s relatively simple to make, make the dough and then wait while it bakes. 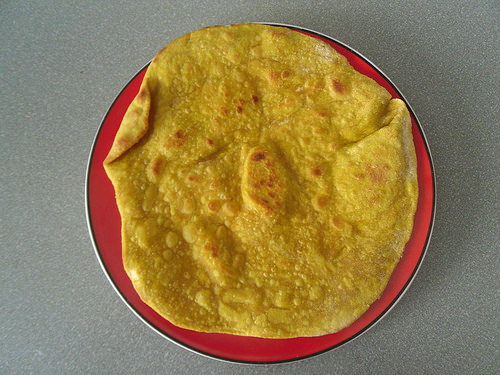 This makes just enough for two naans. Double or triple the amounts if you need more. You might need a little bit more water, just add some water and/or flour after the intial measurements to get the right consistency. 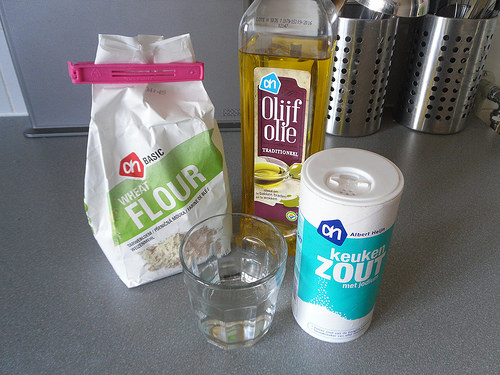 Make sure not to forget the salt, trust me it tastes weird and bland without the salt.

All the ingredients in a bowl 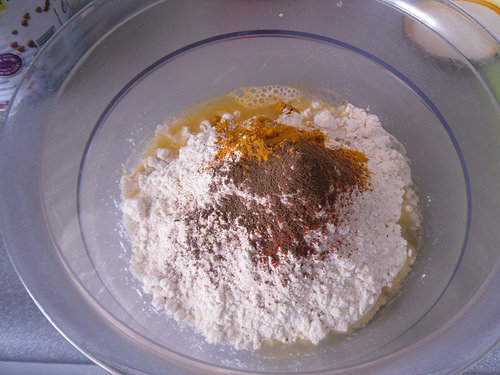 After mixing and kneeding 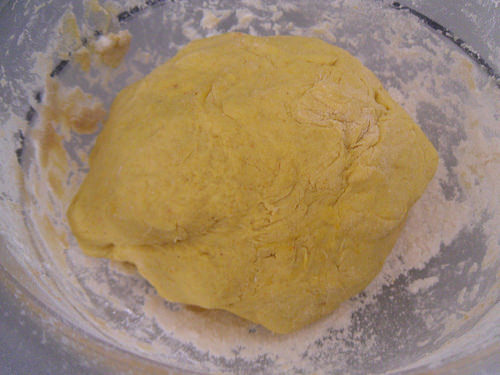 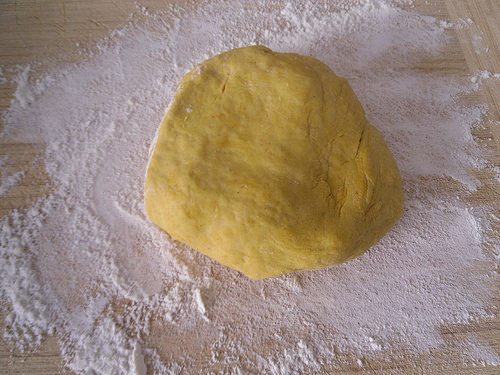 Seperate the dough in two pieces 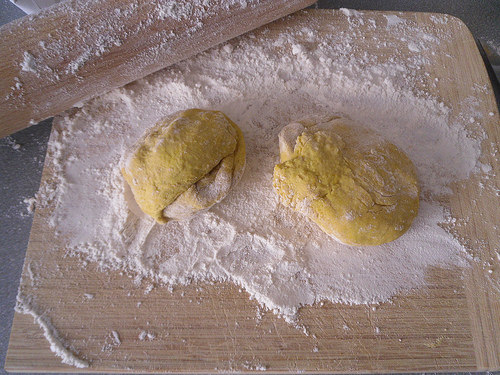 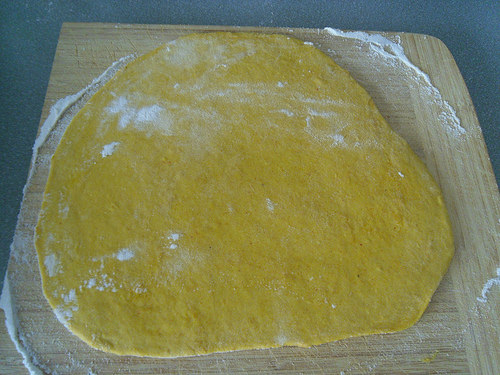 That’s how flat it should be 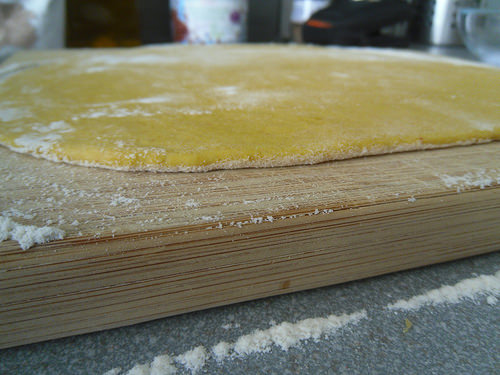 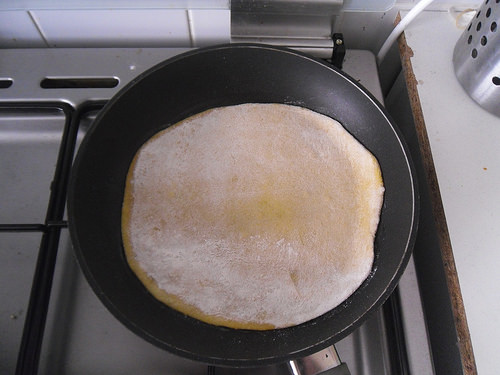 Baking the other side of the naan 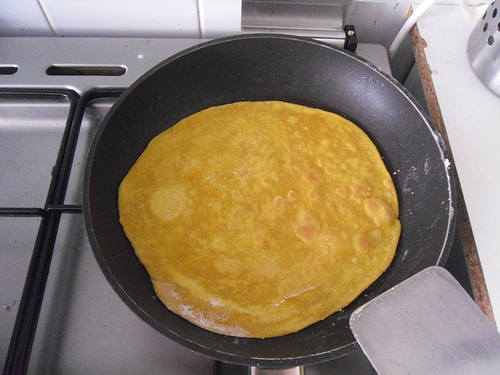 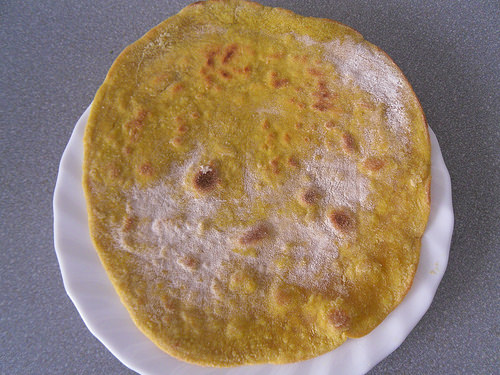 Ofcourse you can add in any spices or herbs you want. I even tried adding whole pieces of garlic to the dough, although I wouldn’t advice that as it’s hard to roll the dough as flat then. So as long as you use powdered spices you can add anything you want.

What’s your favourite flatbread? Do you like naan? What flavour do you prefer for your naan?