I found this recipe on one of the indian food blogs I follow. I love lentils and peanut sauce and I liked the idea of making the peanut sauce with coconut milk instead of water and to use peanut butter as basis for the sauce. So I gave this a try with a few tweaks and it turned into this recipe. It’s a rich thick sauce that is a bit salty, with a strong peanut butter flavour. It is filled with different veggies and meat or in my case vega meat substitution.
This recipe is based on Vegan Richa her Veggies and Lentils in Peanut Sauce Recipe 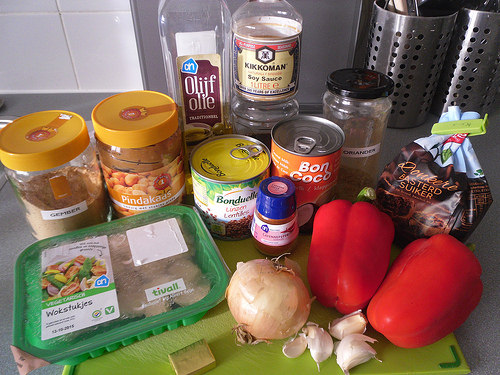 Normally I use green beans, but I forgot to buy them this time, so I used two red bell peppers instead. I use lentils from a can, but you can also buy fresh lentils and cook them first. This recipe feeds around 4 people. I usually serve it with mie, noodles or pasta. You can also serve with bread or rice. 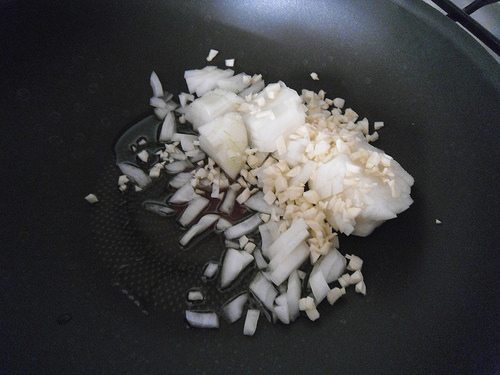 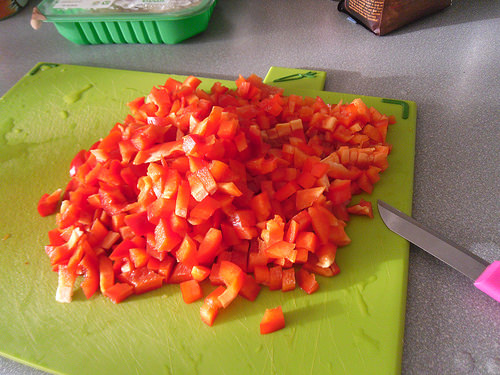 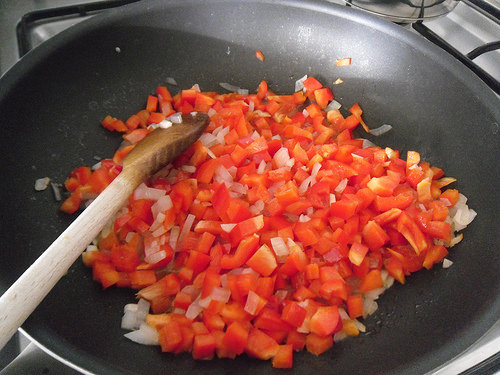 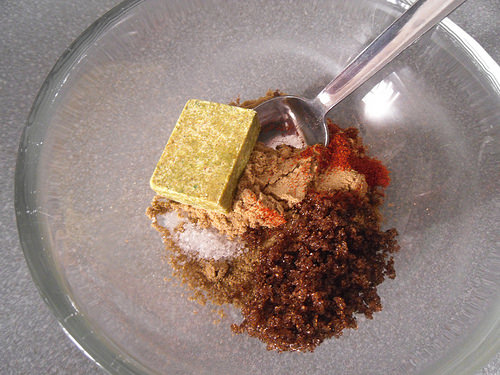 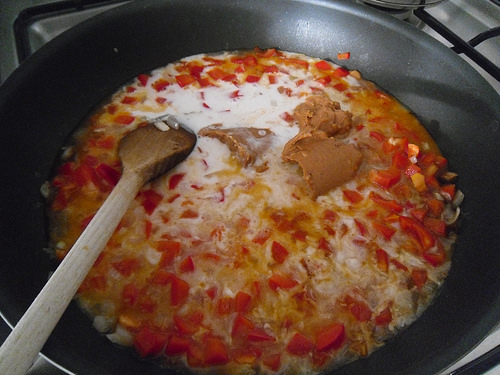 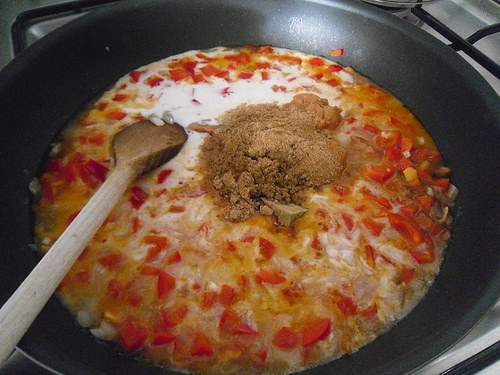 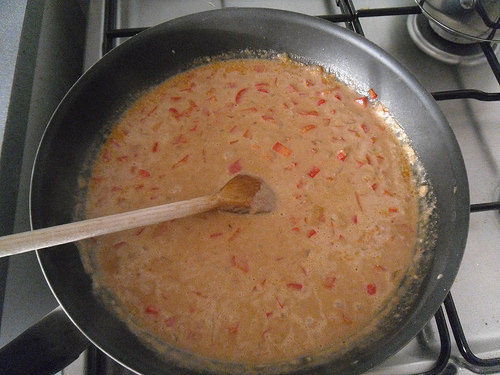 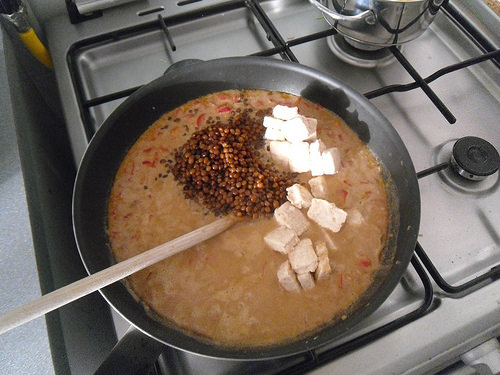 Have you ever tried a peanut sauce for a dinner dish?