I rarely cook with leek, not sure why, but I am not really a fan of the vegetable usually. But there was this dish my mom used to make with help of a package that was really good. It had leek in curry sauce and vegetarian minced meat and then pieces of potato on top. Recently I saw a recipe in a magazine that seemed very similar, so I gave it a try. I really liked the sauce, but the rösti on top didn’t quite work for me and the dish has a bit too fluids. I decided to make a twist on it, make the sauce, but instead of putting it with potatoes in the oven and then eggs and creme fraiche on top of it, I just added some rice. And it turned out great. So I decided to share the recipe with you today. The curry sauce has such a good flavor you almost don’t even notice it has leek in it, but it does add to the dish. And as you probably know by now, I love curry sauces. The rice was a great addition to the sauce and I like this variation much more than the oven version, but I’ll also include the oven version for those who want to give that a try.
This recipe is loosely based on Jumbo their Rösti-preischotel met Quorn gehakt recipe. It’s a dutch recipe. 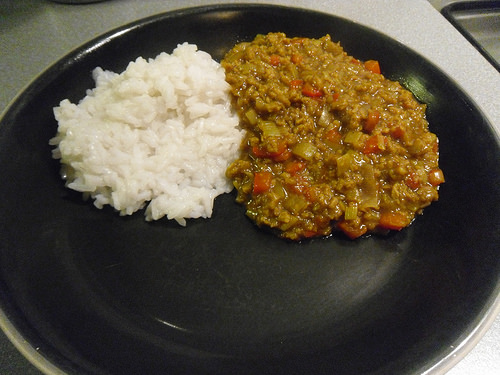 This approximately is enough for 4 people. I recommend to serve the sauce with rice. 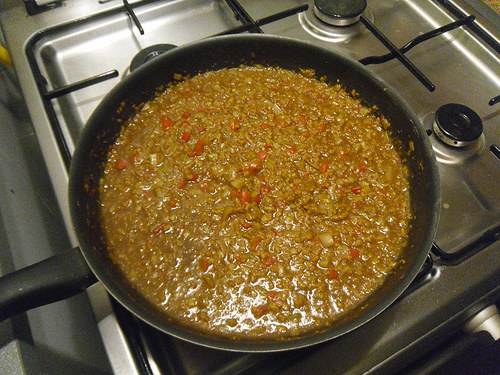 Do you like Leek? What’s your favorite dish with leek?