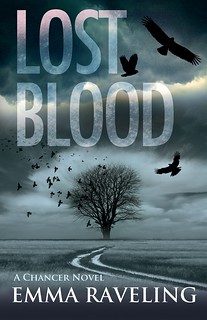 Blurb:
They are the Strange, those born of magic, myths, and legends. Beings who defy scientific explanation, whose physical and mental abilities far surpass the limitations of the human body.

When they first appeared, the world resisted, frightened by their powers. But after decades of bloodshed, humanity finally accepted that the Strange were here to stay.

A tenuous peace exists. For now.

Seventeen-year-old Delaney Corbeau is one of the Skilled. As a Chancer, she uses her magic to help humans find everything from misplaced keys and hidden heirlooms to lost pets.

She can find anyone and anything…except the two people she needs the most.

Liam Connelly is an Earth Shifter and son of Brannigan City’s Alpha. When his older brother goes missing, he must turn to his former childhood friend for help. Delaney’s the only person who can locate him.

The problem is they haven’t spoken in four years.

When a reclusive art collector hires Delaney to locate a stolen antique Japanese book, her path crosses with Liam once again. Soon, the simple retrieval job becomes something much more terrifying.

An old evil is stirring and it’s determined to punish every living being in Brannigan City, both Strange and human.

Delaney and Liam will have to work together if they want to survive.

My Cover Review
I like this cover. The atmosphere is done really well and I just love the colours on this cover, dark grey and misty. The lonely tree and ravens give it a bit of a creepy feel. Like bad things are about to happen, but it’s also peacefull and quiet, a weird mixture. It also seem to have a sense of direction, with the path leading towards the tree.

Although I just have to say what’s up with that too long blurb? It sounds like an intriguing book, but that blurb could’ve been a lot shorter. The idea of retrieval magic that Delaney has sounds really intersting!

I also like the font and the way the letters are half transulent, but still easy readeable.

To conclude: a great cover. I love the feel of this cover and the colours used. It stand out and makes me curious about it’s contents.

An avid traveler hopelessly addicted to diet coke and coffee, she currently resides in Honolulu, Hawaii with her husband and German shepherd.