Today I am part of the cover reveal for the Her Secret Inheritance by Jen McConnel, the second book in the series. There also is a cover reveal wide giveaway. 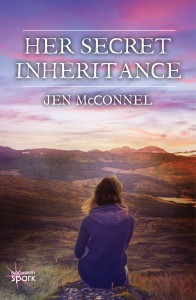 I think this is a beautifull cover. I love the colours and how we see the odel from the back and she seems to be staring at the same scene the viewer sees. I also love the nature in the background and the rolling hills. This certainly is a cover that makes me curious about the book!
And it also fits the first cover in this series, which is always a good thing in my opinion. 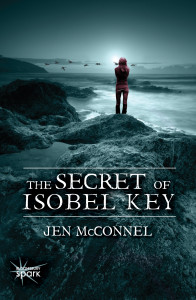