I am so glad to be part of the Tragic blog tour. I really enjoyed this book! Today I share with you my review of Tragic and there is a tour wide giveaway. You can check out the whole tour schedule. Tragic (Rook and Roning #1) by J.A. Huss I got an ARC for review blurb from Goodreads: Rook Walsh is TRAGIC Because life so far – just sucks. Some girls get parents. Rook got the foster care system. Some girls get Prince Charming. Rook got an abusive frog. Some girls get lucky… Rook got a second chance. And she […]

Easy by Tammara Webber Blurb from Goodreads: When Jacqueline follows her longtime boyfriend to the college of his choice, the last thing she expects is a breakup two months into sophomore year. After two weeks in shock, she wakes up to her new reality: she’s single, attending a state university instead of a music conservatory, ignored by her former circle of friends, and failing a class for the first time in her life. Leaving a party alone, Jacqueline is assaulted by her ex’s frat brother. Rescued by a stranger who seems to be in the right place at the right […] 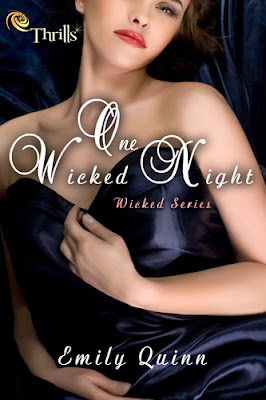 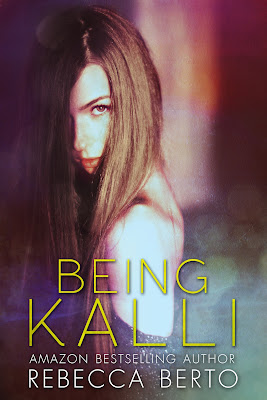 Today I am part of the cover reveal for Being Kalli by Rebecca Berto. So let me first show you the cover and then tel you more about this book: For me it’s an okay cover. Nothing that really annoys me, but also nothing that really pulls me towards it either. The colours are a bit darkish, but not too much. I do like that you can see only one eye of the girl. Although I can’t really read her expression. Being Kalli by Rebecca BertoPublication date: TBAGenre: NA Contemporary Romance Blurb: There are two things you should know about […]

I am part of the blog tour for Plastic Hearts today. I have some information about the book, an excerpt and a giveaway to win one e-copy in this post. Plastic Hearts (Hearts #1) by Lisa De Jong Publication date: February 27th 2013 Genre: New Adult Contemporary Synopsis:My life has always been safe. I like it that way. I grew up in a fake society where plastic hearts rule. If our hearts are made of plastic, they can never be broken. My parents have expectations and I do everything I can to meet them, even if it means giving up on […] 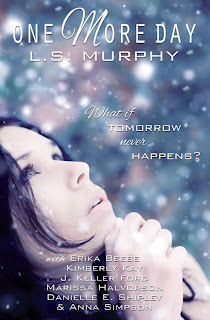 I have an awesome cover reveal today for an anthology by J taylor Publishing. So the name is One More Day and the cover looks awesome. So here it is: Really I love the cover. I love the desperate and wishfull expression on the girl’s face and then the lights in the backgroun which probably are meant to be snow. I love the colours and how the girl is looking not to the side or to the reader, but instead she is looking up. Really I love this cover. Now more about the book One More Dayby Erika Beebe, Marissa […]

I am so glad to be part of the Shucked Book Blitz! As soon as I read the blurb I knew I wanted to be part of the book blitz and not only that, but I also bought a copy of the book. Unfortunately I haven’t gotten time to read Shucked yet. Today I give you some information about the book, the author, an excerpt, a Q&A and a giveaway! Shuckedby Megg Jensen Blurb from Goodreads: Suburgatory meets Indiana Jones…on a farm Fifteen-year-old Tabitha has had the kind of life that would impress even the greatest adventurers. She’s escaped a […]