This week I choose as my WoW pick: 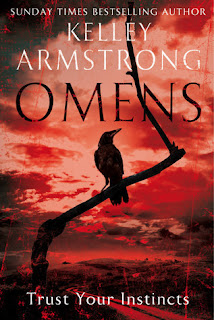 Blurb from Goodreads: Twenty-four-year-old Olivia Taylor Jones has the perfect life. The only daughter of a wealthy, prominent Chicago family, she has an Ivy League education, pursues volunteerism and philanthropy, and is engaged to a handsome young tech firm CEO with political ambitions.

Kelley Armstrong is one of my favourite authors and a new book from one of my favourite authors sounds awesome right? If that isn’t enough reason to insta buy it, the blurb sounds great too. The adopted angle is something we see more often in books, but real parents that are serial killers? I never heard about a book doing that, so it certainly got some original elements.And the main character already starts engaged, sounds great. I actually like it when some books actually start with the characters as a couple, because there aren’t enough books in which you don’t actually see the couple as a couple. And the blurb gives some hints to some supernatural aspects and I can’t wait to find out more! Sadly the release date is way too far away, I can’t wait to read it!

You can pre-order this book on:
– Amazon
– The Bookdepository

So what do you think of my WoW pick? Does Omens sounds like a book you would pick up? Have you read the other books by Kelley Armstrong? Are you a fan of Kelleys writing or not so much?

20 responses to “Waiting on Wednesday #3: Omens (Cainsville #1) by Kelley Armstrong”