So you want to know more about the book that you can win with this contest? 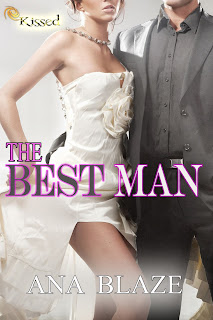 The Best Man
by Ana Blaze

Book Blurb:
Beth Chase is too busy planning perfect weddings to worry about the lack of action in her own love life. But if she was looking for a man, she wouldn’t be looking at Colin Pratt. Her boss swears that Best Man Colin is a quiet scholar and science fiction writer who couldn’t possibly cause a fuss at his own brother’s wedding. He’s clearly never met the man in question. Snarky, sexy and more than a little inebriated, Colin is the final obstacle between Beth and the last perfect wedding she needs to make partner. Of course, when she helps him into a taxi at the end of the night she has no idea that he’s only just begun to poke holes in her professional exterior. Colin might have the skills to seduce a romance professional, but can he convince her that he’s the best man to share her happy ever after?

Find The Best Man on Goodreads

You can buy The Best Man here (in case you don’t win the contest ;))
– Amazon
– Barnes & Noble
– Kobo
– Smashwords
The Best Man is published by Entranced Publishing

You get the idea. Twitter rules ask that we don’t have too many duplicate tweets, so it’s best (and frankly way more cool) if you come up with your own tweet. Ana is really looking forward to seeing what folks come up with. And hoping for some tweets about how to be #TheBestMan. It’s also best if you are following Ana on twitter. Apparently that’s the only way to guarantee that your tweet shows up in the search.
You can follow here: https://twitter.com/ana_blaze

You’re welcome to tweet (and enter) more than once, but please not more than once an hour. Let’s not annoy the Twitter-folk too much.

This contest is open internationally.
Void where prohibited. 🙁 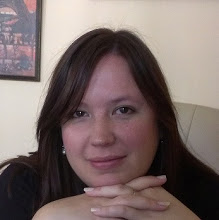 Ana lives just outside Washington DC with her very supportive husband and three rather demanding cats. She loves the ocean, Indian food, Ikea, and cooking. Ana admits to watching too much television and she swears that someday she’s going to learn how to play the guitar resting on the bookshelf in her office