What happened this week?
This was a hard week. Last monday we went with Skittles to the vet, there was nothing they could do for her, so they put her to sleep. Monday was a really hard day for me and the cage seemed too empty without Skittles. With every day it got a little bit better, but it’s still so hard. I miss her so much. I do appreciate everyone who commented on my blog or facebook with kind words. Mostly I tried to keep busy, that helped a bit. My mom told me she would print a nice picture of her and one of my friend made a drawing of Skittles with wings. We even got a card from our vet. I blogged about Skittles and shared some memories and pictures of her. There are so many things in and around the house that remind me of her, but every day it get’s a little bit better.

Then on theusday we had our first Fate roleplay session with some friends, it was a lot of fun, although some things didn’t went too smoothly as it was the first session with a new system. I hope that after a few sessions it will get better. But all in all it went better then I expected and we had a lot of fun!

I didn’t got much reading done as my boyfriend and I are still watching Star Trek Voyager in the evenings. Wejust watched the last episode of season 2 yesterday. So we’re starting season 3 today.

On saturday we went to my boyfriend’s parents to celebrate his mom’s birthday. We bought a small elven statue for her, which she collects. We went to dinner to an Indian restaurant in a city close by. The food was pretty good.

And tomorrow it’s my birthday, my mom will come to visit and we’ll go lunch or high tea somewhere. Then my boyfriends mom will stop by and I’ve planned a simple dinner of wraps with banana. And then hopefully I can get some reading done.

So all in all this was a hard and busy week, although staying busy kept me from thinking too much so that was a good thing.

The other 3 girls seemed a bit off this week and normally they often sleep apart, now they usually bunkered together in the same hammock. Wednesday some new hammocks I ordered arrived and this picture shows Snickers and Smarties enjoying the new hammock.

We gave our girls some extra yummies this week to help them cope with the loss of Skittles. We had corn for dinner friday evening, so we gave them a piece of our leftovers. They had a big fight and eventually Pita won, she’s still the alpha rat in the group. The other two sat sulking in a corner and after a while we took Pita out of the cage so the other two had a chance to eat as well.

Games I played this week:
I didn’t play any games this week, except for some Avalanche 2 with my boyfriend.

This week I posted about:
– RIP Skittles
– Cover Reveal: The Understatement of the Year (Ivy Years #3) by Sarina Bowen
– About Me: How do you find new blogs to follow?
– Review: Upside Down (Off the map #1) by Lia Riley
– Review: Ante Up by Amanda Carlson

What to expect next week on the blog:
– Book blitz: Someone Like You by Karen Rock
– Blog Tour: Adagio 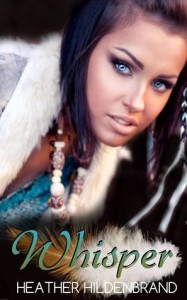 Whisper
by Heather Hildenbrand
Format: e-copy
Source: for review through Netgalley
You can find Whisper on Goodreads

Blurb:
The Cherokee believe when a person dies, their soul is reborn. Life is repeated. An endless cycle of lessons to be learned, love to be found, destiny to be fulfilled. For the past six months, in every flower, every bird, I’ve imagined my parents, relieved of their human forms.

Now, after five months at the Skye View Wellness Center, it was summer. A time for parties and friends, but that’s the last thing I want to do. So when my best friend Erin convinces me to attend a bonfire at Eagle Point, I can’t handle the crowd full of sympathetic stares or drunken class clowns who would use my tragedy as a way into my heart – or my pants. The solitude of the woods offers an escape, until I stumble upon a boy, unconscious and bleeding, his pockets stuffed not with identification but with poetry illustrating the beauty of dying. I’ve seen enough death. I will not leave this boy’s side.

Even after he wakes, when the only thing he can remember are visions of events that haven’t happened yet… 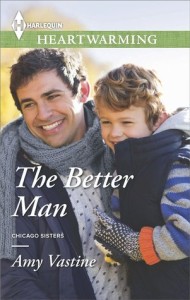