This week was filled with worrying, stress and emotions. Thuesday we went to a vet with Snickers, our rat. We went to a different vet then we went so far, to see if the differences. It felt off from the moment we stepped inside there, so we got our consult (that vet didn’t tell us anything we didn’t know yet) and then told him we would think about the surgery. It just felt really shady there, the prices where cheap, but that was the only good thing. There didn’t seem to be any other customers and he kept saying that there was a risk our rat wouldn’t survive the surgery, ofcourse there is always a risk, but he kept focussing on this. I kept thinking that maybe he never did surgery on a rat before. We weren’t sure whether to have the surgery or not and what to do, so we thought and talked about that a lot. And then decided to first get some more information from another vet.

Then the next day I e-mailed our previous vet and send them pictures of Snickers. She confirmed it was indeed a tumor and that it probably would be easily removeable. I felt much better after hearing a much more professional opinion. We decided to have the surgery for Snickers and I made an appointment for the surgery next theusday. I just hope everything goes alright next week with the surgery. I can’t stand the thought of losing her.

So I worry about her a lot and haven’t been sleeping well. One day I was really tired and after going to bed early I felt a bit better again. And when I told my mom about Snickers having a tumor one of the first things she asked how expensive a new rat is. Okay so mom is not an animal person, not by any stretch of the imagination, but still that questions was just insensetive. I don’t want a new rat I want our Snickers! Okay so I didn’t answer her question and acted like I didn’t read it.

My sister was doing her birthday part this saturday, she asked me to make peanut butter cups. So I made three times the normal recipe, one portion for ourselves and two portions for her birthday party.

Here is a picture of the whole bowl for my sister’s birthday party:

And a close up of one:

What to expect next week on the blog:
– Release day blast: Unnatural (Holloway pack #4) by JA Belfield
– Cover reveal: A Late Thawy by Ana Blaze
– Blog Tour: Guns by JA Huss – review stop
– Book blitz: One Broke Girl
– Cover Reveal: The Tethering
– Cover Reveal: When we Fall by Kendall Ryan
– Blog Tour: Unveilling You – guest post stop
– About Me: Ten things you might not know about me 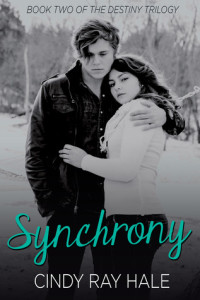 Blurb:
Halle Rhoads has a terrifying gift–she can kill with the fury of the storm.

She should have known that kind of power wouldn’t go unnoticed. Thrust into a world full of dark magic with a handsome stranger who claims he can teach her, she struggles to master her abilities and stumbles onto a dangerous truth. She’s a windwalker, the chosen vessel of the ancient dragons who once ruled the world. Many will stop at nothing to possess the power in her blood, should they discover her secret. With necromancers hunting her and Halle’s closest allies guarding secrets, mastering her magic becomes a matter of necessity.

But accepting her destiny is altogether different. For doing so means she must sacrifice everything. 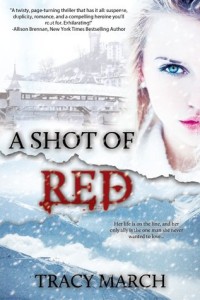 A Shot of Red
by Tracy March
Format: e-copy
Source: for review
You can find A Shot of Red on Goodreads 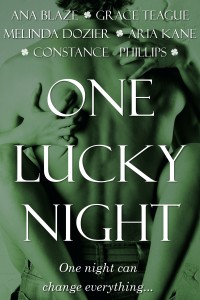 Blurb:
One night can change everything…

The crew at Boston’s Brazen Head Pub hasn’t been very lucky in love. Can a mysterious visitor inspire them to look past old hurts and misconceptions and give romance a chance? One Lucky Night is a collection of five sexy interwoven novelettes by Aria Kane, Grace Teague, Ana Blaze, Constance Phillips, and Melinda Dozier.

Lucky Break by Aria Kane
Four years ago, chef Derek Chase walked out of Andrea Rivera’s life after a tragedy neither of them were prepared to deal with. When she’s called to the Brazen Head to repair a dishwasher, old sparks ignite buried feelings.

Lucky Star by Grace Teague
When her life is threatened by a mugger, Charlotte Price realizes she’s in love with her best friend, Tommy Leung. The Brazen Head seems like the perfect neutral place to confess her feelings, but nothing goes according to plan.

A New Tune by Ana Blaze
When it comes to dating, Holly Hall has one unbreakable rule: no musicians. Not even gorgeous ones. Especially not gorgeous ones. Dating them only leads to heartbreak. So why did she let singer-songwriter Cian O’Neill kiss her? And why is she thinking about doing it again?

Lexi’s Chance by Constance Phillips
As a bartender, Sean Whalen meets all kinds of women every night, but none turn his head the way that Lexi has. She’s been playing cat and mouse with him for weeks. Tonight, Sean’s determined to get Lexi to quit teasing and take a real chance on him.

Drink or Dare by Melinda Dozier
A bachelorette party Drink or Dare game pairs paramedic students, Rachel Robertson and Killian Whelan, in a flirting match. Soon, the dares threaten to turn their academic rivalry into something much more. 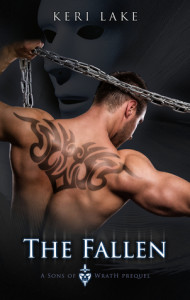 The Fallen (Sons of Wrath #0.5)
by Keri Lake
Format: e-copy
Source: for review
You can find The Fallen on Goodreads

Blurb:
To catch the Fallen, you have to become the very evil you were bred to slay.

Show loyalty. Be willing to go deep into the gritty underbelly of the world, where the vilest acts of human carnage thrive and seep into your mind like a black poison, consuming every part of you that was once good. Ignore your dark cravings and keep to the most important rule of all: never save the mortals.

This is the life of a Sentinel.

Some call us the toughest angels in the heavens. Unbreakable. But even the strong can break in the face of temptation.

Human females have always been the forbidden fruit for our kind—an enticement I’ve resisted for centuries, until she came along.

She wants inside the darkness, where the Fallen own the corrupted streets of Detroit—the perfect bait to take down the biggest crime ring the city has ever known.

I want her. To have her, though, I’ll have to break the rules.

For one taste of the forbidden, I’ll have to commit the most heinous sin of all …

**Not recommended for readers under the age of 18 due to graphic violence, sex and strong language. 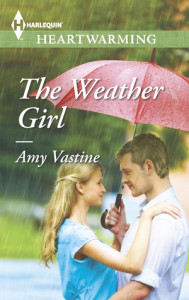