This was a pretty good week, even with the few not so good things that happened. I got a lot of work done this week, spent some time in the kitchen, my back is doing better and I just generally had a cheerful mood later in the week, which doesn’t happen often.

Last weekend we got hit with a snow storm, there was a big load of snow that fell in a few days and it was cold. We don’t get a lot of snow and we haven’t had any snow last year, so it was really nice to get so much snow. It really looks pretty and I am glad I didn’t have to go anywhere. The rest of the week didn’t bring more snow, but it did stay cold. The snow is slowly disappearing now and it got a quite a bit icy later in the week. The ice on lakes and rivers nearby was finally thick enough late in the week and I saw some some people ice skating on it.

This was a good work week. I worked on an upcoming review opportunity, sent out the media kit for a tour that starts next week and did a good amount of assistant work. As well as some other work like replying to emails and confirming tour stops and some social media. I also got a blog post for authors drafted and did some more work on another.

I hurt my back last week and last weekend it was already a lot better and by now it’s almost back to normal. I still have to be careful with a few movements and I plan to keep up with my back exercises for a bit, so hopefully I won’t hurt it again anytime soon.

Now for the few not so good parts. The trend with products breaking and needing replacing continued this week when our toaster that stopped working. We use the toaster a lot (I toast most of the bread I eat) and it’s pretty old already, so I am not too surprised. We ordered a new one that should be here early next week.

I also have to start looking into a new phone, my phone company told me they wouldn’t support the network/ phone I have anymore later this year. So I have to look into what exactly that means and research a new one, ugh what a pain.

One of our neighbors is doing some renovating which lead to some noise early this week. Sadly they started early in the mornings with that and it disrupted our sleep for a few days in a row. I was happy when the worst of the noise was over after a few days and we got some solid nights of sleep in later in the book.

I also managed to spend some time in the kitchen this week. These are some of the things I made: 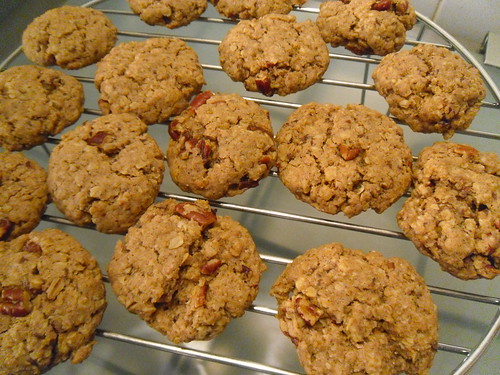 I made these delicious oat cookies this week, I really enjoyed these and have drafted a new recipe of these for my blog as I have an old version that was a bit messy and outdated. 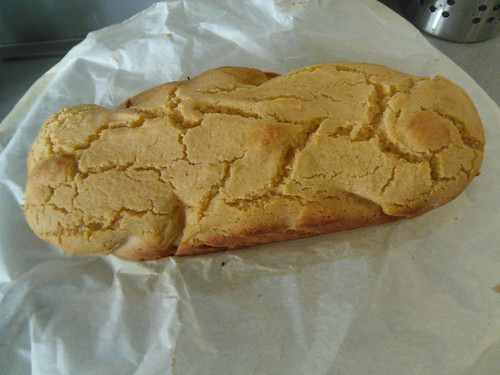 I tried corn bread for the first time this week! I don’t think I’ve ever eaten this before and wasn’t sure what to expect. The structure was surprisingly fluffy and the taste took some getting used to, but I enjoyed it.

And I made this chicken pot pie, no picture of that as it looked horrible. I didn’t have enough dough to cover the top of the pie and had to use some frozen dough to finish the top. The dough will need some adjustments as it was difficult to handle and tasted a bit too buttery, so I have to adjust that next time.

I finished two books this week, Wonderstruck sadly was a 3 stars and I didn’t enjoy it as much as the previous books, but it is a great series. Early Readers Catch the Worms was a great non-fiction book about all types of early readers, it was a well written comprehensive read about early readers.

– Review: A Stitch in Time by Kelley Armstrong
– Review: Destroyer of World by Jordan L. Hawk

Three new books this week, all later books in series by authors I already know. I am really excited for these. Let’s Go Out and You Knew The Price I got for review and Master of Hounds I bought.

Tell me something positive about your week?