This was still a busy week, but less so then last week. I tried a few new recipes, finished up my marketing assistant work for this month and got some blogging done, but didn’t spend as much time blog commenting as I wanted to. Still doing nice with staying ahead, I reached the 40 posts ahead this week and stayed around that number so far. I also have a new tour open for sign-up on Lola’s Blog Tours and working on two more sign-up posts.

My mom’s husband got me a new program with which to record VAT and my income and expenses for Lola’s Blog Tours, so I spend some time checking the 2014 document, fixed some things and added a few things that weren’t there yet. The program is pretty simple, it’s just a excel document with lots of formules and tabs and you can see nice summaries and it computes some statistics for you. It was interesting to see I got most of my money last year through blog tours followed by review opportunities and then book blitzes and as last cover reveals. Cover reveals and review opportunities are both my cheapest service, so it was fun to see how those review opportunities still brought me a lot of money on yearly basis.

Sunday I received a 10 euro gift card for Kobo from my sister! Yay! I immediately bought two new books with it, Hunt by Rachel Vincent and Owl and the Japanese Circus by Kristi Charish. I am keeping the remainder for when Lion’s Share by Rachel Vincent releases and then we’ll see if there’s anything left.

Tuesday we started lowering the dose of Pita her meds. She seems to be doing okay, but not really good yet and she had some moments were she looks really bad. It really varries from moment to moment, she even has some active moments each evening. She doesn’t squeak as much as before, only if the other girls groom her (one of them damaged her ear this week). She doesn’t bite anymore either, but for some reason that worries me a bit as it looks like she just doesn’t has the energy to bite.

Then on Tuesday evening I got another scare as my eyes hurt a bit after looking at the screen and it seems like I was seeing double. After a while I figured something was wrong with my computer screen instead of my eyes. Everything on the screen had a weird hazy or shadow behind it. The computer monitor is about ten years old, so it wasn’t surprising it’s breaking down. It was a bit better the next day, but I decided it was a good investment to buy a new screen. And wow what a difference it made, I plugged in my new screen on Friday and it really took soem tiem getting used to it. This screen is much larger than the previous one and I am amazed at how many tab I can open and still see everything. It did took me soemtiem to adjust the settings and even now the greens are still a little bit too green, but I figure I’ll get used to it. 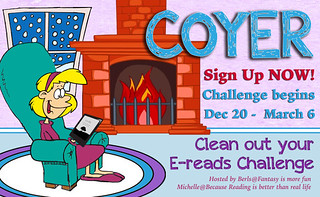 I finished my fifth book Riding the Odds by Lyda K Scott. It was a fun book. I haven’t yet started my sixth book. I did participate in the twitter chat yesterday evening, it was a lot of fun and I am happy I could participate. This was also one of my goals for this Coyer challenge, so I reached that goal! I am hoping I can participate in the second twitter party as well as it was just so fun chatting with everyone. 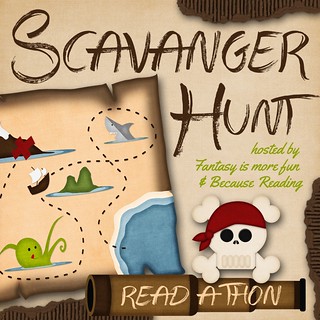 And I am participating in the scavenger readathon. This is my first time participating in a readathon and to be honest I don’t think I’ll read more then one or two books or maybe even none at all if my moodreader ways steer me wrong. But I really wanted to participate in a readathon for a change, so I am giving this one a try. It starts today and runs two whole weeks! I already picked some books I want to read that give me a lot of points. 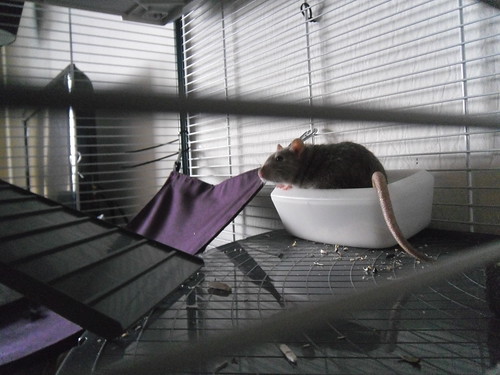 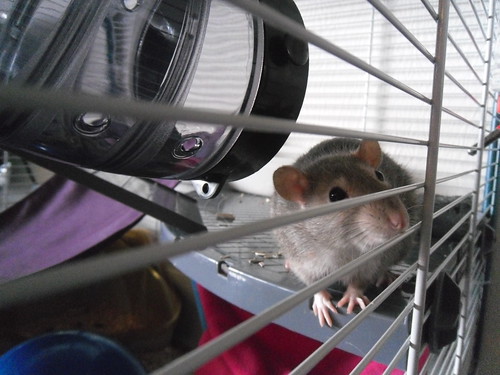 Smarties was being cute and sitting in her food bowl while eating, so I was taking a picture of her. Then she came running towards me and I got a close up picture from her as well. And then I took her out of the cage. Seems like I was more interesting than the food 😉 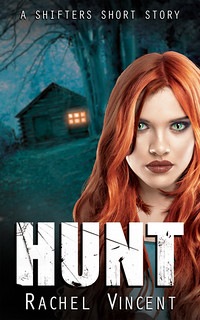 Hunt (Shifters #6.5)
by Rachel Vincent
Format: e-copy
Source: bought it with Kobo gift card gifted to my by my sister
You can find Hunt on Goodreads

Blurb:
This short story was previously in the anthology Chicks Kick But

It’s been more than four years since Abby Wade survived capture and torture by a quartet of rogue shifters. Back then she was a scared kid, just trying to survive. 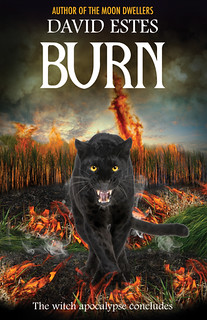 Blurb:
When Rhett Carter finally manages to communicate with his cursed father, he wants nothing more than to discover a way to save him. The only problem: The closer he gets to Martin Carter, the faster he’ll die. To help, Laney secretly seeks out Rhett’s father, embarking on a dangerous mission. Unbeknownst to her, she’s followed by Bil Nez, Hex, and Grogg. Separated from Rhett, their lives sit on a knife’s edge.

Meanwhile, with bloodthirsty packs of Shifters prowling around New Washington, the only hope for survival is Rhett’s ability to unite the humans and magic-born. A tenuous alliance is formed: the Reaper and his Necros; the Clairvoyants; Floss and her witch hunters; and the humans. But will it be enough to defeat their enemies and restore order to a world in chaos? And will Rhett and Laney ever have the chance for a normal life, a life they both desperately want?

Or will the world BURN?