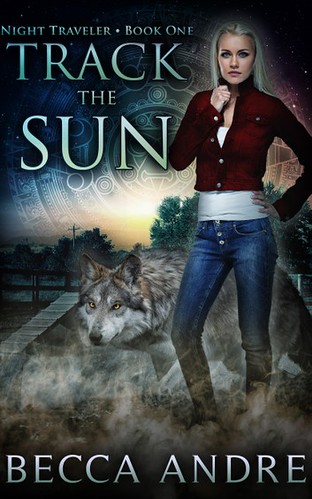 Blurb:
Tegan Morgenstern has spent years building a reputation as a dog trainer, and now her hard work is about to pay off. With a TV show in the works, she’s on the brink of achieving her dream—until a video revealing her magical nature goes viral. The only saving grace is that the video never shows her face, preserving her anonymity and her career. For now.

But when a familiar wolf begins to appear in her dreams, Tegan fears she hasn’t escaped all notice. More troubling is the realization that a powerful shaman like Xol could find her in the waking world. Though it’s been years, she hasn’t forgotten a single detail about the last time they met. She still remembers his smile…and the blood.

With everything going so right, Tegan can’t afford to let the past dictate her future. But if Xol tracks her down, he could bring the horrors of her childhood to the present. Because, where he goes, the monsters follow. If that happens, losing her career will be the least of her worries.

I was in a bit of a reading slump when I picked this one up and that probably influenced my experience with this book. I was looking for a story focused book with little romance and from what i remembered of this one when I bought it I thought it would fit. The romance is much more prominent than I had excepted, but most of all I just never warmed up to the characters or romance and that kinda ruined the book for me sadly.

Track the Sun follow the point of view of Tegan. She has a successful dog training business and hopefully soon a tv show as well. She has her life together, but still carries the scars of her past. When Xol re-appears she has trouble adjusting as he is involved with what happened to her all those years ago. The story slowly unfolds and the danger becomes more apparent, resulting in an action packed high stakes shown down at the end.

The writing style is pleasant and at first I was sure I was going to enjoy this one. Which turned out not to be the case. At first I wasn’t sure if this book would go into the romance or more suspense like direction and actually it kinda does both. It can be a tad dark and gruesome at times, but the romance is a pretty prominent part of it as well. It was interesting slowly finding out what happened all those years ago to her, but at the same time it was clear she didn’t really know everything and jumped to conclusions and that’s where the book lost my interest.

While the story and world building are interesting this book didn’t work for me because of the characters and romance. Tegan just rubbed me the wrong way. We keep being told how intelligent and capable she is, but I never felt that. It was clear how much she loved dogs and I liked that part of her, but that was one of the few things I liked. Tegan seemed to jump to conclusions, said rash things and didn’t let people explain herself. She’s supposed to be an adult, but felt more like a teenager.

The side characters were a bit better. I liked Tegan’s best friend Kat and even understood her over protectiveness. Tegan’s dog Athena was adorable. And there are some side characters like Bo and Brody that were interesting as well. Velma seems like the typical nemesis, but I liked the reveal about her later in the book. I didn’t care for Marc at all and didn’t get why Tegan thought he was her best bet for a tv show, but I am happy with how that plot line got resolved.

And the romance is what really didn’t work for me. Xol and Tegan has this amazing connection in the past that sounds pretty romantic, but it’s ruined by how they act now. They turn from hot to cold and keep going back and forth. One moment they’re kissing and almost more and the next they want the other out of their life forever. Xol keeps secrets and keeps saying he can’t tell her, but by the end she’s still in danger, just with less knowledge about what’s going on. And I still have no clue how he thought he was keeping her save by not telling her anything. I disliked how they interacted going back and forth with their feelings. I had no idea how they really feel as half of the book they seem deeply in love and the other half they seem to intensely hate one another which makes those feeling of love feel insincere.

Track the Sun has such an unique concept and world building and I really liked that aspect. The main character as well as some others have the ability to walk in the spirit realm. There is Aztec magic as well as new and old magic and various types of magic. It was all very interesting and I really liked that part of the book. The world is definitely intriguing. I also liked that Tegan can shapeshift into a dog, as that’s not something you see a lot in books and it fit her character.

To summarize: I liked the set up for this book, the writing style was pleasant and the world building and magic system is fascinating. Unfortunately I couldn’t warm up to the main character. I liked her love for dog,s but most of her other behavior just rubbed me wrong and made me annoyed with her. She can be rash and act harshly, doesn’t give people time to explain themselves and jumps to conclusions. Then there’s the romance and the love interest which only makes it worse. They go from arguing and hating one another to suddenly kissing and then back and forth back and forth for most of the book. They are harsh and ruse to one another and I didn’t feel the romance at all. The love interests keeps secrets to protect her, but by keeping her in the dark only puts her in more danger. The ending was solid and the parts about the magic intrigue me, but I can’t put up with another book of these characters going back and forth like that.

4 responses to “Review: Track the Sun by Becca Andre”