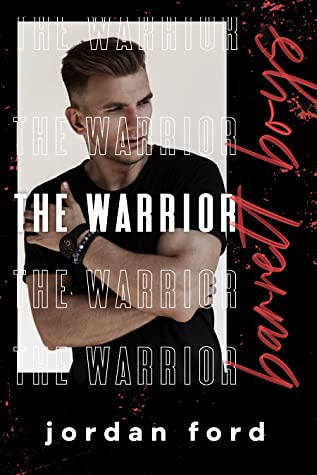 Blurb:
When the only woman he’s ever loved drops back into his life, he comes face to face with a past he wants to forget. Unable to accept his shame, he’s ready to walk away once more… until her life is threatened.

Cooper:
I chose one of the most remote places on Earth, an island paradise, in order to keep my past at bay. Now a piece of it has just walked through my front door. And not just any piece: an achingly beautiful, hauntingly familiar piece.

Damn, Ashlyn’s sunshine smile and sparkling green eyes are going to ruin me. The connection we used to have hasn’t been lost, I can sense it every time she looks at me. I so want to be the man she deserves, but it’s too late for that now. There are no second chances after what I did. My only option is to walk away…until men with guns lay siege to the island.

I won’t let her become another hostage.

Grandpa once said that life forced me into becoming a warrior. He told me he was proud of my unwavering fight to keep my brothers safe. But I don’t think he meant for me to become a killer. Now I’m once again forced into a role I never asked for, but it’s not like I have a choice.

Because if anything in this world is worth protecting… it’s her.

The Warrior is the final full-length novel in a thrilling YA/NA romance series. If you like strong, complex heroes, a woman who won’t give up, and a chemistry that belongs to destined lovers, then you’ll devour Jordan Ford’s breathtaking novel.

Buy The Warrior today and see how the power of love can overcome even the darkest enemy and bring a brother home.

The Warrior is the fifth book in the Barret Boys series and I was excited to read the story of the last Barret boy. Unfortunately this book didn’t quite work for me on several aspects. Not sure whether it was my reading mood or what, but I just never got into it as much as I wanted. The ending was lovely and it was awesome to see all the boys back together. I am looking forward to the epilogue novella!

The Warrior is Cooper and Ashlyn’s story. They fell in love when they where teenager’s. Then after his grandfathers death Cooper ran away and they didn’t see each other again. Until 5 years later when they bump into one another on a vacation island where Cooper works and Ashlyn is on vacation. They have this incredible bond that flares up again.

I liked the concept of this second chance romance, but something about it wasn’t quite working for me. I didn’t like either of the characters as much as I wanted. I didn’t like how Cooper tried to ignore Ashlyn when they met again and pretend he wasn’t affected. It’s clear he believes it’s for the best, but I thought the least he could do is explain things to her. I wasn’t a fan of the bump into eahc other and then having Cooper brush her off again set up that repeats a few times. Luckily Ashlyn is persistent, but its goes on for a while until the suspense forces them together. And even then they don’t really have time to connect again and get to know each other. The timing felt a bit weird with the dangerous situation they found themselves in. I just wanted more situations where they really connect with each other. They’re either pushing each other away or connecting more physically and I wanted more scenes where they talk and catch up on each others life and opening up about their hopes and dreams. There is a bit of that sprinkled throughout it, but I would’ve liked to see more of that.

The suspense element wasn’t as interesting to me as it wasn’t strongly connected to the main characters. It’s more of a random ransom situation and I thought it was less interesting because of it. I also had some trouble suspending my disbelief with how both Cooper and Ashlyn handled things. Cooper seemed way too capable for someone who only had some martial arts lessons, although it helped that the criminals were really incompetent. And Ashlyn kept insisting in doing something that wasn’t smart and it just bothered me. Her heart was on the right place, but it just seemed she could’ve handled that better without risk to her and her friends.

What I did like about this book is the strong connection Ashlyn and Cooper have. There never was anyone else for either of them and they clearly belong together. I also like how Ashlyn keeps seeing the best in Cooper and believes the boy she knew is still in there. I liked the ending and seeing everyone back at the farm at the end of the book and getting a glimpse of all the other characters form previous books.

To summarize: This is the fifth book in the Barret Boys series with a sweet romance and some suspense. This book didn’t quite work for me as well as some of the others as I didn’t like the characters as much. I also didn’t like how Cooper tries keeping to push Ashlyn away and it takes a while before they connect again. I liked how they had this clear connection, they never loved anyone else and how great they were together. I liked how Ashlyn kept trying to reach Cooper and show him he was worthy. The suspense plot line didn’t quite work for me as it was more random than connected to the characters and I want’s a fan of how the characters dealt with it as it felt a bit unrealistic. The ending is awesome and I liked seeing all the characters from previous books again.

5 responses to “Review: The Warrior by Jordan Ford”