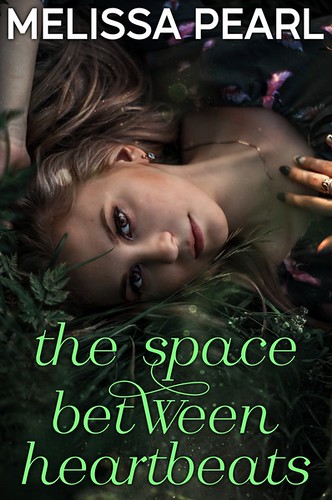 Blurb:
She’s a reckless party girl. He’s her scar-faced victim. But when she needs a hero, can he overcome past hurts to save her life?

Nicole Tepper has it all—beauty, popularity, and the perfect boyfriend. But after a party she can’t remember, she wakes up in a ghostly state, trapped between life and death. Nicole’s injured body is lying in a wooded area, but she has no idea where—or how long she has left to live.

Only one person can hear her now: Dale Finnigan, a loner classmate that Nicole has relentlessly bullied. Dale’s the last person in school who would want to help her, but he sets their tangled history aside to try to save her life. As they dig into what happened at the party, they discover her boyfriend isn’t as perfect as he seems—and neither are her friends. With the clock ticking down and her life slipping away, Nicole must face a hard truth: Was what happened to her a terrible accident? Or does someone want her dead?

I enjoy this author’s books and was excited for the chance to read this newly edited version of her earlier book that I hadn’t gotten the chance to read yet. The Space Between Heartbeats is a beautiful novel about forgiveness, finding yourself and change. I liked the unique premise and the plot line as well as the character development and seeing what the main character learns along the way.

The story is told from the point of view of Nicole, she’s a popular girl at school and seems to have it all, but actually isn’t happy. After a party from which she barely remembers anything she wakes up in a ghostly state. She knows she’s still alive and her body lies in a forest somewhere badly injured In her ghostly state no one can hear or see her, except for the kind boy with the scar whom she bullied. I liked the unique set up with her being a ghost and trying to find out what happened, as well as how she had to team up with the boy she bullied and with whom she slowly falls in love.

I thought this book was well written and the story kept my attention. The plot has this suspenseful undertone as you know something happened to Nicole, but not what and the race to figure it out and have them find her body before she dies was intense. Then there is a great character development arc. I loved seeing Nicole realize how she mean she had been to Dale and realizing she wanted to do better. She sees how little her friends and boyfriend care about her disappearance. There are plenty of sad and emotional moments along the way. The way Nicole was a ghost and could see how others reacted to her disappearance was interesting. I especially liked the forgiveness and change type of plot and the romance. I thought the ending was fitting, but I also would’ve liked to see a bit more of what comes next. Luckily there’s a novella set after this book, so I hope it gives that glimpse in the future.

Nicole is not a likable character at first, but I think that’s what makes her transformation all the more wonderful. When she realized how low her chances of being found are and how she realizes she wants to live life differently. When she finally falls in love. And when she realizes she doesn’t need her current friends who don’t care about her. Her path was great to follow and I liked seeing her open up about her past and figure out who she wants to be going forward. I liked following her journey.

The romance was very sweet. Dale is just such a kind character who hardly hesitates to help Nicole despite how mean she was to him. There’s more to him then you realize at first as his past comes to light later on in the story and it becomes clear what he has been through. I liked the way he interacts with Nicole and believes in her and is determined to find her body.

To summarize: The Space Between Heartbeats is a beautiful story with a strong theme of forgiveness and finding yourself. Nicole is not a nice person, but when she’s left for dead in the woods and she can’t remember what happened she has to turn to the only person who can hear her ghost-like self: the guy she bullied. Seeing Nicole figure out who she wanted to be and slowly fall in love with Dale was amazing to see. The theme of forgiving yourself and others was strong and I liked seeing Nicole’s character development. The romance was very sweet and Dale was such a kind a great character, I liked seeing how he treated Nicole and how determined he was to find her body.