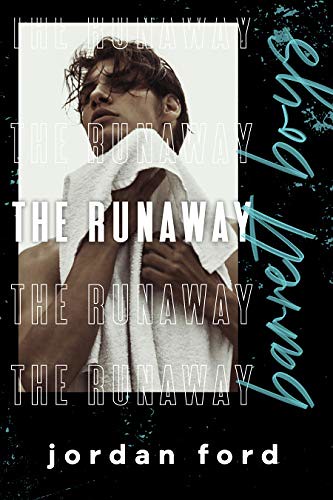 Blurb:
He’s on the hunt for a fresh start. She’s trapped in a nightmare she can’t escape. Can love help them make a break for freedom?

Michael:
The money was supposed to save me…until it got me shot. You don’t steal from Marlo Sloan.
But it led me to her.

Annie’s kind. She’s fierce. She’s making me want to be the man my grandpa believed I could be. A Barrett – strong, dependable. A hero.

Danger is coming. It’s inevitable.
I should split before it catches up with me.
But how can I leave Annie and her little brother with their psycho father?

I want to steal her away from this nightmare. Take her to the ranch where I know she’d be safe. But I’m a runaway thief, and the ranch is no doubt a desolate wreck.
She deserves better than that.
I have to tell her the truth. Which means she’ll never look at me the same again. I could lose her over this, when all I want to do is keep her safe.

Grandpa always said, “Barrett boys do the right thing. They don’t cut and run. They stand. They fight to protect the ones they love.”
I was raised to be a Barrett boy.
It’s time I start acting like one.

The Runaway is the first book in a thrilling YA romance series. If you like fast-paced action, redeemable bad boys and romance that will steal your heart, then you’ll love Jordan Ford’s compelling novel.

Buy The Runaway for a dramatic escape to freedom today!

I was really excited to start this new series by Jordan Ford. I’ve read most of her books so far and enjoyed them. The Runaway is the first book in her new Barrett Boys series. This first book features Michael and Annie as the main characters. While this book didn’t grab my attention as much as I would’ve liked, I really liked how it set up the series and the hint of what’s coming next and I am excited to see where the series goes.

Annie lives in a small town. She works as a waitress instead of finishing school because of her abusive stepfather. Since her mom died she doesn’t have many people left who care about her, only her little brother Jackson and her bets friend Franks. Her stepfather hits her and forces her to work in the diner while not getting any of the money she makes. She secretly saves some money and hopes to save enough to leave town one day with Jackson. Then one day Michael lands in town, he stole money from a bad guy and only barely escaped with his life. When he passes out in the diner where Annie works, she decided to take care of him and Michael recovers in this town. Slowly the two grow closer.

This book was hard for me to get into, the opening chapters didn’t hook me and it took a few chapters before the main characters even met. Then there was a bit of an unrealistic plot point where Annie decides to help Michael and not call a hospital even tough he’s been shot. I felt like the book didn’t quite fit my reading mood. It was quite bleak at times. Everyone in the whole town seems to be mean to Annie, except for her best friend and her brother Jackson. She gets treated badly and even if she talks back she just lands into more trouble. It just felt like the same type of scenes replayed over and over. The only bit of light was Annie’s growing connection with Michael. And some scenes with her brother Jackson and her best friend Franks. Something about the book just didn’t grip my attention, I kept waiting for something to happen or for me to feel the romance. Unfortunately I had to wait till the last 20% for that to happen.

The last 20% of the book were great. There was a lot happening in quick succession, some suspense going on and many of the ongoing plot lines got resolved. I really liked the final few chapters and I liked the set up it paints for the rest of the series. I am hoping to see how the Barret Boys get together again. We only see Michael here and it’s sad he and his other 4 brothers got separated. I look forward to getting their stories. I also liked seeing Michael and Annie work together there at the end, they really felt like a couple to me by then.

I struggled a bit with the romance. The mutual attraction is obvious from the start and there are enough mentions of how hot/ cute etc they find the other, but I didn’t fully feel their relationship at first. The reason Annie wanted to help him felt a bit unrealistic and then a few of their earlier conversations get skipped over. It also takes a while before their romance really develops and so we don’t see as much of them as a couple.

I liked seeing them get to know each other and there are some great scenes they spend together later in the book. It also was fun to see how Michael grows closer to Jackson. There are some fun scenes they spend all together. And then the part at the end did change my opinion and I really liked them as a couple. There is a bit of drama when Annie jumps to conclusions that bothered me a bit, especially when up till that point she always trusted Michael even without evidence to support that. I felt a bit out of character that she didn’t now, but I was happy when it got resolved and they both realized they hadn’t handled that well.

I was a bit this book doesn’t take place as the novella I Dare You, the prequel for this series. I had expected to return to that small cozy town, instead we get a small town that doesn’t has that cozy feel. Annie gets mistreated by the whole community and it doesn’t feel like her home. I missed that setting I had glimpsed in I Dare You. Hopefully we’ll see more of it in the next book.

To summarize: unfortunately this book didn’t quite work for me, but I liked the last part of this book and the hints we get of where the series goes next. I look forward to reading the later books in this series. This story felt a bit bleak at times with everyone in town treating Annie badly, except for her brother Jackson and her best friend. The plot and romance didn’t grab my attention until the last part of the book where the plot lines start gettign resolved and the suspense/ danger plot line plays out. I did really like the final few chapters and the hint of what’s coming next. I found it hard to really feel the romance at first, their mutual attraction is obvious, but I struggled a bit to really feel their romance. By the end I liked them as a couple and could see how much they cared for the other. I was a bit sad this book doesn’t take place in the small town we got to know in the prequel novella I Dare You, as the town this one plays in didn’t feel cozy and home-y.

2 responses to “Review: The Runaway by Jordan Ford”