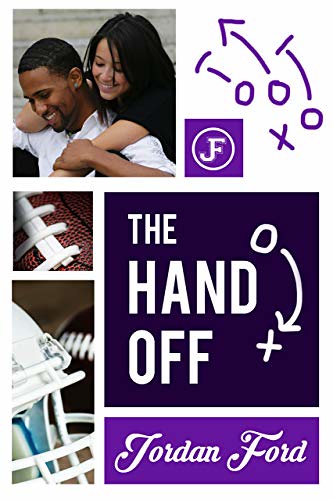 Blurb:
She’s the last person he has time for, but Finn’s never been able to turn his back on someone in trouble. Can the kind-hearted offensive lineman be won over by Nelson High’s party girl?

It’s nearly spring break. Mack is leaving for New Zealand to win back his girl, and he asks Finn (Tank) to do him a favor—keep an eye on his little sister, Layla. Finn has his reservations about the party girl, but he isn’t about to let one of his best friends down, so he agrees. Unfortunately for him, he has no idea what he’s getting into…or the effect this dynamic beauty will have on him.

Layla likes to party. It’s the only sure-fire medicine for helping her forget the fact that her father’s dead and a new guy has taken his place. But when she’s drunk, Layla has a big mouth…and the wrong friends. Unable to remember what she’s been up to at her various parties, Layla falls into a nasty trap.

Thanks to some compromising photographs, she is now under the thumb of the person she hates most in this world—her stepbrother, Derek. With Mack gone, she’s forced to turn to someone who’s always kept his distance, a good guy who has never had time for her partying ways. Letting Finn in on her dark and dirty secrets is something she never planned to do, but his tender strength and quiet protection draws it out of her, creating a bond between them that neither saw coming…and a whirlwind of problems that they’ll only survive if they stick together.

If you’re a fan of redemptive love, nail-biting tension and protective book boyfriends, then you’ll love The Handoff.

The Handoff is the third book in this series. This book follows Layla, the little sister of the guy from book 2, and Finn who is another one of the football players. I wasn’t quite sure what to think of Layla in previous books as she doesn’t really act like a nice person most of the time, but I did already like Finn, so I was curious to see how this would play out. I ended up liking Layla as we learn more about her and Finn is just as nice as he seemed in previous books.

When Mack goes to New Zealand he asks his friend Finn to keep an eye on his sister Layla. Finn grudgingly agrees. Layla knows how to get herself into trouble. Ever since her dad died she has been struggling, she drinks a lot at parties and does things she later regrets. In this book we get to understand more of Layla and why she acts the way she does and we also see behind the persona she puts up and see the real her. It was awesome to see that and see her slowly fall for Finn. And Finn falling for her when he discovers the real Layla.

These two made for a great couple. I liked how good they were together, their connection is obvious and I kinda liked how they went from not really liking each other to falling in love when they spend more time together. Finn really is a solid rock for Layla and supports her, but also encourages her to do what’s best for her. Layla has someone threatening her and they have to find a way to deal with that. I liked seeing Layla find her inner strength and how she dealt with it, that took a lot of courage.

As each book follows a different football team player from a tight group of four friends, so in later books you see a lot of the previous characters as well as the ones who comes next. In this book we got to see Mack from book 2 through Layla and Finn’s eyes. I especially liked how we got to see a lot more of Tori and Colt, the couple of book 1. I am also curious to see more of Tyler, as through these books I still feel like there is a lot we don’t know about him. His book is next.

To summarize: This was another great read in this series. Layla wasn’t the most likable character in previous books, but in this book we get to see more of her and why she acts the way she does. We also see who she really is, the way she struggles with the loss of her dad as well as with some regrets. There is a bit of tension with someone who is threatening her. Finn was already a likable character in previous books and it was great to see more of him. The romance between Finn and Layla is great, I liked seeing how they grow closer and fall for one another. They make for a great couple and I like how they get the best out of each other and support the other. It’s also fun to see more of the previous couples and hints for the last book. I look forward to reading book 4!

2 responses to “Review: The Handoff by Jordan Ford”