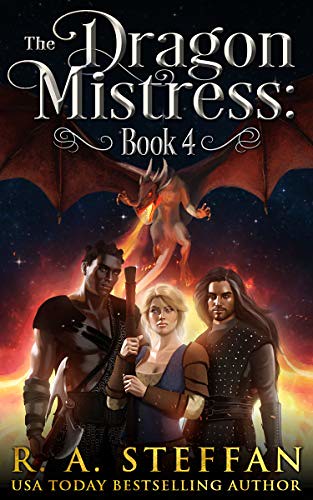 Blurb:
We ran away, but it didn’t solve our problems.
Now, we’re going back to fight for Aristede.

And oh, yeah—there’s also the small matter of toppling Rayth’s corrupt younger brother from the Utrean throne, so we can remove the bounty on our dragons’ heads. I mean, what could possibly go wrong?

As the king’s eldest son, Rayth grew up expecting to rule. Instead, he ended up disgraced and exiled. When he unknowingly stumbled upon the last five dragon eggs in existence, using the creatures to take back his crown was the last thing on his mind.

All that changed after Rayth’s brother Oblisii murdered their father and stole the kingship. With that fateful blow, what started out as a simple rescue mission to find our lost comrade has become something much more.

We won’t be safe until Oblisii is dead, and dragons are once more protected in the land of Utrea. To make that happen, we’ll have to risk everything in a desperate gamble to control the throne.

In the end, I just want my family back.
I’ll do whatever it takes to make that happen.

After I finished book 3 in this series I jumped right into book 4 as I had to know how this series ended. At the end of book 3 the characters decided to go back to Utrea. They go and find their missing friend as well as try to replace the current king on the throne. So this book has a bit of danger, adventure and a rebellion brewing as well as the romance that also progresses.

I thought this was a great ending to the series. I liked seeing the characters fight for the future of Utrea and the dragons. There was plenty of dragons in this book as well as some battles and struggles. I wouldn’t have minded to see a bit more of what happens at the end of the story, but it ends in a good place with enough hints of what their future will like. I am happy that there will be more stories in this universe as there are still questions to be answered like what the Alyrion empire will do now.

The author did a great job of mixing the romance and characters focused parts between the action in this book. I especially liked seeing Nyx grow more confident and also how he and Rayth got along better, it’s such a big difference compared to the start. Although I did feel like Rayth didn’t fit as well into the overall reverse harem/ polyamory relationship, but on the other hand it was nice to see how all the guys have a different role and also differ in how they interact with the rest inside and outside the bedroom. I liked seeing how they slowly found a way to make things work and how the romances developed further in this book.

I also liked reading a bit more about the dragon bonds in this book now that all the characters are bonded and there is a nice development when it comes to dragons as well. This book has some difficult struggles for the characters, but also plenty of hope and a happy ending. The whole battle toward the end did seem to go a bit quick, but at the same time I thought that fit and I liked how it didn’t have as much build-up as in the Horse Mistress series, but still felt believable. It’s nice how all three of the series set in this world are different and how previous main characters still make an appearance at times in future books.

To summarize: All in all this was a great ending to the series. It had plenty of action and danger, but there was also hope and love and romance. I liked seeing the characters develop a bit more as they fight this battle. The romance and relationships between the characters also develop a bit more and I liked seeing how they make this polyamorous relationship work. I liked how this book wrapped up the series while still leaving some questions open for the next series. I really like this world and can’t wait to see what’s next. I definitely would recommend this series!

You can also read my review on GoodreadsBookbub.

2 responses to “Review: The Dragon Mistress Book 4 by R.A. Steffan”