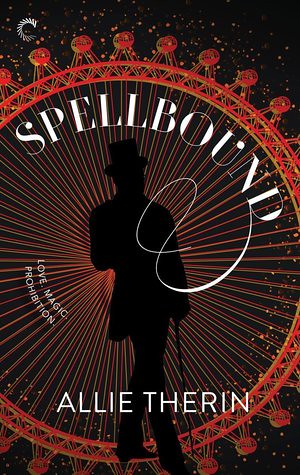 Blurb:
To save Manhattan, they’ll have to save each other first…

Arthur Kenzie’s life’s work is protecting the world from the supernatural relics that could destroy it. When an amulet with the power to control the tides is shipped to New York, he must intercept it before it can be used to devastating effects. This time, in order to succeed, he needs a powerful psychometric…and the only one available has sworn off his abilities altogether.

Rory Brodigan’s gift comes with great risk. To protect himself, he’s become a recluse, redirecting his magic to find counterfeit antiques. But with the city’s fate hanging in the balance, he can’t force himself to say no.

Being with Arthur is dangerous, but Rory’s ever-growing attraction to him begins to make him brave. And as Arthur coaxes him out of seclusion, a magical and emotional bond begins to form. One that proves impossible to break—even when Arthur sacrifices himself to keep Rory safe and Rory must risk everything to save him.

One day an author I follow on Facebook shared the Netgalley link to this book. I have to admit I might not have checked it out otherwise as the cover didn’t really catch my attention, but when I read the blurb I was sold. And I am so glad I got approved for a copy as this book was so good. The combination or historical elements, paranormal and romance is a great combination and I quickly grew to like the characters and become invested in the story.

Spellbound is told from dual point of view of both Arthur and Rory. Arthur isn’t a paranormal, but he has friends who are and he is aware magic exists. He and his friends are looking for a paranormal with specific powers who can help them and that’s how they stumble upon Rory. Rory is a paranormal with the power to see the past of items, he sometimes gets lost in the visions without a way to get out of the visions. He fears for his sanity at times and now spends most of time scrying items at an antique shop.

This book is a romance story and a paranormal story in one and it also has some historical elements. The author blends all these parts together in an engaging read and once I was reading I had a hard time putting it down. I wanted to know about the characters, see Roy and Arthur fall in love and figure out how they would stop the destruction on Manhattan.

The romance and the characters were probably my favorite part of this book. Rory and Arthur are both great characters to read about, you get quite the good feel for their personalities early on. And then there is Jade, Zhang and Mrs B who are the most important side characters who are all great too.

Arthur is the type of good person who wants to help the world and other people. He’s caring and overprotective, but in the best possible way. I usually don’t care for overprotective characters as they can feel so stifling and overdone, but Arthur was overprotective in a way that made sense and not in a smothering way. He might have trouble with putting his friends in danger and would much rather sacrifice himself (and he does so when he can), but he also realizes sometimes what’s the best thing to do and he doesn’t try and control his friends their lives. One of my favorite Arthur scenes is when Rory gets drunk and he’s there for him.

Then there is Rory who has this amazing and scary paranormal power that he fears. It’s clear he has some struggles in his past and we learn part of the extend of that in this book. He’s been through a lot, but he’s still going on and fighting. He has this vulnerable part where he gets lost in his magic. But he also has a lot of bite and willing to fight for what he believes in. He has his vulnerable moments, but also has a lot of determination. It made for a great combination of characteristics. And then when he lets Arthur in and lets him be there for him, it’s the best.

Once these two characters come together the sparks fly. Rory wants to have nothing to do with Arthur at first and it’s great to see them slowly grow closer. They have some great dynamic and I really liked the scenes they have together. It was great to see them together. It has a bit of a slow burn romance at first, until later in the book when their romance progresses. I liked the build-up and sexual tension between the two. I have to say I was a bit disappointed this book had fade to black scenes. These two were so great together and I would’ve liked to see how they were in the bedroom.

The paranormal plot line surrounding the relics is also quite interesting, it moves at a bit of a slower pace, but with steady progression. I also liked how the “villains” were well done, their behavior made sense and while they did bad things I could see why they acted the way they did and that made them a lot more interesting to read about.

The world building was well done, although the focus is quite limited, but that works. It mostly focuses on the powers of the paranormal we meet and the relics. I like how the paranormal aspect was blended in the whole story and it was interesting to read about the different powers and how they worked. I also thought it was interesting to see the downside and danger in magic when things go wrong.

The historical setting at 1925 in the prohibition period was quite interesting, although I wouldn’t have minded a few more mentions here and there if only to remind me as the reader to what was normal and what not in that time. The setting did give it an unique twist and I liked the slight historical vibe. I just would’ve liked to be able to visualize a bit more of the time period and learn a bit more. On the other hand I appreciate how the focus wasn’t on the time period, it was just the backdrop for the series.

To summarize: this was so good! I had a great time reading this one. The author blends the historical, paranormal and romance elements together well. This book has great main and side characters, well done villains, an awesome slow burn romance and an interesting paranormal plot line. Arthur and Rory were such awesome main characters, I really enjoyed reading about them. Arthur is caring and protective, but his overprotectiveness was done in a way that worked and didn’t feel overdone and stifling. I loved seeing how he is there for Rory. Rory has this great combination of vulnerability due to the danger his magic poses and also has a lot of fire and bite. He has been through a lot and isn’t about to let anyone tell him what to do or endanger him and Mrs B. The romance was so well done with a great slow burn build-up that slowly burns into more. I am just a bit sad the sex scenes were fade to black. They had some great chemistry and were great together and I wanted to see how they were in the bedroom too. Jade, Zhane and Mrs B were great side characters. I also liked how the villains their behavior made sense as it made them much more interesting that way. The world building was well done. I liked learning about the different paranormal powers and the relics. The historical setting added an interesting vibe to the story, although I would’ve liked to see a bit more of the historical aspect at times to get a better feel for the time period. All in all this was an amazing read and I am excited for book 2!