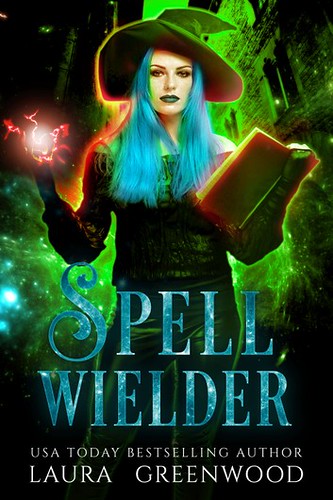 Blurb:
When a body is found with the DNA of a witch on it, it’s up to Cassie and her paranormal forensics team to catch the culprit.

As the body count starts to rise, all evidence points to Cassie, and she has to do everything she can to keep from being arrested for the crime.

I liked the set-up for this mystery with how Cassie becomes a suspect and they have to proof who really did it. You also really feel how Cassie struggles with this and the way she can’t help as much as usual. It was a nice twist who had done it, although I thought the motive seemed a bit weird, but it also made sense. I definitely hadn’t expected that. I liked the way they find out who did it, even though it felt a bit easy, I also thought it was a really nice way to show how effective this was. The show down went down quite fast and felt a tad rushed, but I liked how it all got wrapped up.

Besides the mystery it’s nice to see Cassie and the guys interact and the way their romance has developed over the course of the series. I like how there are scenes of Cassie with each of the guys individually, but also plenty with all of them together. I liked the epilogue and the way it shows a bit more of where their lives are going.

To summarize: This was another great read in this series. I liked the set up for the mystery with how Cassie becomes a suspect and they have to proof who the real killer is. It was interesting to see how they found out who did it. The confrontation with the killer goes a bit fast, but I liked the way it all gets wrapped up. I like seeing more of Cassie and the guys, we see plenty of eahc guy and also see them all working as a team. The epilogue was a nice touch and I look forward to the next book!