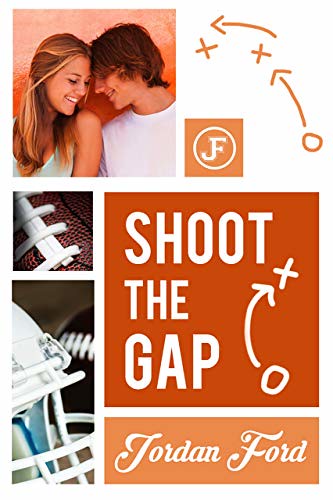 Blurb:
She’s a tomboy with a crush. He’s her best friend with a secret. Will either of them have the guts to admit they’re falling for each other?

Tyler has always been known as Nelson High’s goofy clown, the guy with the big mouth. But there’s something people don’t know: he’s tired of being in the shadows of his Raiders’ buddies, and he’s ready to do whatever it takes to get the most popular girl in school to notice him: Roxanne Carmichael.

Sammy is just one of the guys, known for her mad boarding skills and her razor-sharp wit. But she has a secret, too—a crush on her best friend. It’s a relationship she’s not willing to risk damaging by getting all romantic about it.

When Tyler asks for Sammy’s help, she’s stoked to be able to spend a little one-on-one time with him. Their secret mission will bring them closer together…until she realizes what he’s really after—her sister, Roxanne. Tired of being in the shadows herself, Sammy sets out on a mission of her own: to prove that she’s the Carmichael girl Tyler really wants. But the secrets and lies she discovers as she embarks on her quest could tear her relationship with Tyler to shreds, and Sammy must decide which lies are worth exposing and how much damage the truth will cause.

I’ve been really enjoying this series and when I was sick and wanted a comforting read that would keep my attention I decided to read the fourth and last book in this series. Shoot the Gap was an awesome read and I really enjoyed it. It also works perfectly as series ender as it not only has a new romance, but also wraps up some small mysteries that were introduced earlier in the series.

Shoot the Gap follows the point of views of Tyler and Sam. I really liked getting to know these two. I especially liked seeing Tyler change throughout this book and figuring out what he really wanted and what was really important to him. While with Sam I am so happy she stayed true to herself and didn’t change to impress Tyler. I have a soft spot for friends to lovers romances and this book had an awesome and sweet friends to lovers romance. I’ve enjoyed reading about Tyler and Sam in previous books and it’s clear how close they are. Seeing them turn into more was awesome.

Tyler wants to be seen and to do that he wants to go to prom with Roxy, he has a plan to figure out who took some uncomfortable pictures of her best friend Layla to get into Roxy’s good graces. He asks his best friend Sammy for help with this, but Sam actually has had a crush on Tyler for ages and she struggles seeing him infatuated with her sister Roxy. Sam is a tomboy and knows Tyler will never look at her that way. It was great seeing the story develop and seeing their friendship turn into romance.

This book also serves great as series ender. We get to see all the couples from previous books again and it was great. There are two small mysteries the previous books left open, who posted those cartoons of Kaija and who took those pictures of Layla and it was great seeing those truths come to light in this book and it made sense how Tyler and Sam where the ones to figure it out. It’s great to read about this close group of friends. We also get some new characters in Tyler’s family, who were so fun to read about.

To summarize: This was an awesome book. It kept my attention from start to finish and I had so much fun reading it. This was a great read and made for a great series ender, although I am sad this series is over now. Tyler and Sam were great characters and I enjoyed reading about them. From how Sam wants to be herself and be accepted that way and how she doesn’t change. To how Tyler thinks he wants one thing, but then realizes he actually wants something else. I really liked their sweet friends to lovers romance and they made for a great couple. I enjoyed seeing more of the previous couples and reading about this tight group of friends. I also enjoyed seeing the resolution to some small mysteries that were left open earlier in the series that get wrapped up here. This series was a lot of fun to read!

2 responses to “Review: Shoot the Gap by Jordan Ford”