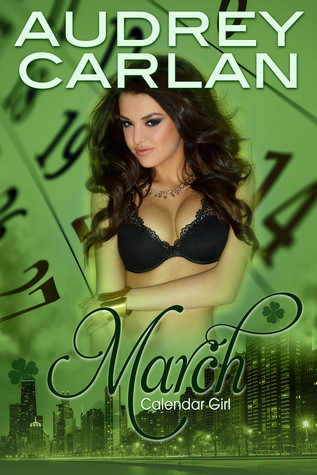 Blurb;
A fiancée. I’m going to Chicago to pretend to be some Italian Stallion’s future wife. Why a massive hunk, boxer, and rich restaurateur needs a fake bride is beyond me. Then again, I’m not paid to know why. I’m paid $100,000 to be his escort, or in this case, the woman he’s supposedly “going” to marry.

The moment I met Antony “Tony” Fasano, I thought I might have lost my ability to breathe. In my twenty four years of life, I’d not seen anything like him. Clad only in a small towel precariously dangling from his hips–water droplets streaming down every inch of his muscular frame–I knew right then and there, I’d finally seen male perfection in all its raw glory.

What happened next blew me away. It was now abundantly clear why he needed me…a fake fiancée.

***
Mia Saunders continues her mission to save her comatose father from her dangerous, loan-shark ex-boyfriend. This month, she serves as a high-priced escort to a restaurateur named Anthony Fasano in the windy city of Chicago, Illinois.

My Review:
I think this is my favourite book in the series so far! I read this in one day and even while it’s short that’s saying a lot for me as I hardly ever read a book in a day. This series has exceeded my expectations so far and every book makes me happy again I gave this series a chance. It’s deep, meaningful and beautiful. It’s filled with emotions. Yes it’s about a women who becomes an escort, but along the way she finds herself, friends and maybe even love and it’s exciting reading about her journey. She experiences and learns so much in this year and every book she meets new people and is in a new city and it’s awesome.

It’s hard to say much about the plot of this one without spoiling anything. I did predict the twist in this book, but I didn’t mind. I did for a second expect the story to go in a certain direction, but I am actually glad it didn’t. I really liked how the situation is handled and how Mia and her client are able to help each other and show them things they didn’t see before. There is less sex in this book, but it didn’t need it as it’s such a wonderful filled with emotions. Gah that scene at the end almost made me cry. It’s about fighting for love and what you believe in. The sex scenes that were in this book were really well written and hot like I’ve come to expect from this author.

I am convinced this series is going to make me crazy waiting for the end as I really want to know where Mia will end up with and how she comes out of this year. Her former clients keep playing a role and get mentioned and you see how they are still part of her life and it’s great to see Mia still have contact with Wes, even though I still want her to blow off this whole plan and run back to him, I also understand why she can’t.

We meet some great new characters in this book, Mia her new client Tony, Tony’s family and more. Mia definitely made some good new friends in this book. I also liked seeing Mia grow and change and struggle with her emotions and feelings in this book. You see how this escorting business is impacting her, but there’s also a scene before she goes to her client where she goes to see her father and pay the loan shark that shows why she’s doing this again.

To summarize: I can’t reveal much about the plot of this one, but I can say this one might be my favourite of the three books so far. It was so beautiful and I almost had tears in my eyes at the scene towards the end. I liked seeing how this client and situation affected Mia and she struggles a bit with her emotions towards the situation, but I liked how Tony and Mia where able to help each other. I think Tony showed Mia something very valuable and she was able to help him as well. I liked how Wes kept playing a part in this book as well and I keep hoping Mia will end up with him. All in all another great installment in this series and I can’t wait to read the next one.

Do you read serials?