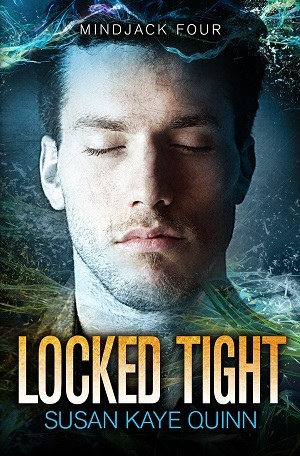 Blurb:
In a world filled with mindreaders, being a mindjacker is a good way to end up dead.
And Zeph is no ordinary jacker.

He can break open the toughest minds—or lock the weakest ones—but that just makes him a weapon every jacker Clan wants to control. To keep his family of mindreaders safe, Zeph does what his Clan leader says and tries to shut out the screams—but when jackers are revealed to the world, he has no choice but to hug his kid sister goodbye and leave home.

Passing for a reader is something Zeph does well, but when readers start changing into jackers and his family disappears, Zeph must return to a city filled with jackers who hate him, trick a mindware CEO into helping him, avoid a girl who knows him too well, and spy on the most powerful jacker in the state.

All without dying or revealing his abilities—or being caught in the firestorm of hate between jackers and readers that’s threatening to pull the world apart.

The bestselling Mindjack Series continues with an all new character and a world of mindreaders and mindjackers as you’ve never seen it before. LOCKED TIGHT is the first of three Mindjack novels from Zeph’s perspective. (See The Locksmith for Zeph’s origin story.)

I love this series! When the series ended with book 3 a few years ago I wasn’t sure if I dared hope the author would return to it on day. But she did. And as soon as I got my copy of this one I decided it would be my next read. It was a pleasure to be able to return to the world of Mindjack. It took me a chapter or so to get back into this world, but for a series I haven’t read for years it was easy to slip back into this world and follow Zeph’s story now.

This was such a good read and I am sad I already finished it as now the wait for the next book starts. It’s so well written, the story is engaging and kept my attention and there are some important messages sprinkled throughout the story. It’s about a future world where there are Mindreaders and Mindjackers, but it’s also about being different, being friends no matter those differences, equality and those who act out of fear instead of love, but also about those who let their actions be guided by love and understanding and a wish for everyone to get along and not let their differences divide them.

The first three books are told from Kira’s point of view, she is a Mindjacker in a world where Jackers hide in the shadows and she’s part of making them the mindjackers come out into the world and people hearing they exists. Zeph’s story takes place in the world after that, where everyone knows Mindjackers exist and due to events in book 3 more Mindjakers pop up and the effect this has on society.

Zeph is a great character and his story is so interesting. He is a good person, but he’s done a lot of bad things and does some bad things in this book, but all for the right reasons. And somewhere along the way he slowly starts to find himself, tries to find what he believes in and what to fight for and slowly discovers more about the extend of his powers. There’s some amazing character development going on and it was all so well done and I can’t wait to see what more he will do over the course of the the next two books. Oh and the next book will be out this summer, so that’s not too long of a wait, although at the same time I wish I had my hands on the next book already.

Even though we get a different point of view in this book, we still see Kira as well and even more the effects of what happened in her books. There are scenes involving the characters from the first three books and it was interesting to see how Zeph came into contact with them and how he didn’t quite trust them at first, because he doesn’t know them yet. While as the reader I just wanted to tell him to trust them because I knew there’s good people. But at the same time it was realistic and itnerestign how he didn’t and we see those familiar characters in a whole different light. And he has to get to know them himself and find out who they are. And then towards the end of the book, so many big things happen. And I know this is going to impact what’s going to happen next. And I am so sad about one of the events and what it all means for the Jackers.

Besides the already familiar characters, this book also introduces us to a host of new characters. from Zeph, to his sister, to Juliette and Sammie. I think switching the point of view to Zeph in this book was a smart move on the author’s part as I feel like we get a better view of the world this way. we get to see more of it and also see how Zeph’s going to play a role in this. And Zeph’s such a great main character. I can’t wait to read the rest of this story.

The world Susan has created in this series is so interesting. It paints a picture of a world were everyone turned into mindreaders and I love how well thought out this is and how it impacts all parts of society. And now with the addition of mindjackers we see the change and impact in the world as well. And it really feels like this is what could happen. And while it makes me sad I do think the author painted a very realistic picture and how humans would create to things like this. A lot of focus is on the society and the reaction to these changes, but there’s also some focus on the technological changes because of this. And the world can be a very dark and harsh place at times, this novel really shows the dark spots as well as the bright ones.

To summarize: it was amazing to return to this series after all this time. And I am so happy the author decided to write three more books in this series. I love this series and it’s been awesome to be able to return to this series. The point of view switches in this book to Zeph and it’s been great to follow his point of view and story. He deals with the aftermath and the changes of what happened in book 3. There’s a lot of hate and fear and that influences how people act. While it’s a story about mindreaders and mindjackers, at it’s core it’s also a story about being different, about how fear and hate can drive actions and how in a sense people aren’t all that different, it’s about fighting for what’s right and standing up for that even thought it’s hard. And I love seeing the role Zeph will play in all of this, he’s done a lot of bad things, but I believe he is a good person. There’s a lot of character development in this book already when he learns things about himself and what he believes in and I can’t wait to read the next two books! We see some familiar characters as well as new ones and the new perspective was really great in showing another side of this world. All in all is this a great addition in this series and I am already looking forward to book 5 and 6 as I am so curious to see where this story will go next and what Zeph’s role is in all of this. 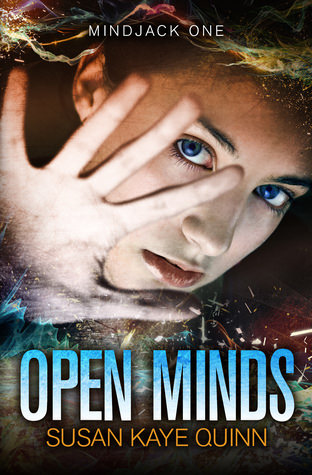 When everyone reads minds, a secret is a dangerous thing to keep.

I love the Mindjack series and Susan Kaye Quinn is one of my favorite authors, I can’t recommend her books enough. So as I am reviewing book 4 in this series today I also wanted to spread the word about the fact that book is free!

Have you read the Mindjack series?

What’s the last YA sci-fi book you read?