Today is the release day of Third Daughter! I really enjoyed Susan her other series and I am really excited for this one. 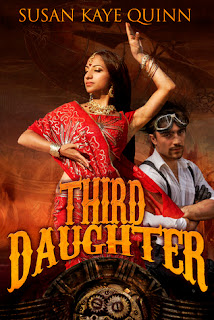 The Third Daughter of the Queen wants her birthday to arrive so she’ll be free to marry for love, but rumors of a new flying weapon may force her to accept a barbarian prince’s proposal for a peace-brokering marriage. Desperate to marry the charming courtesan she loves, Aniri agrees to the prince’s proposal as a subterfuge in order to spy on him, find the weapon, and hopefully avoid both war and an arranged marriage to a man she does not love. 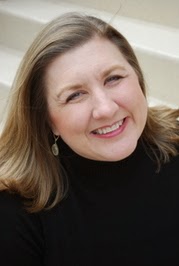 Susan Kaye Quinn grew up in California, where she wrote snippets of stories and passed them to her friends during class. Her teachers pretended not to notice and only confiscated her stories a couple times.