Nowadays lots of books are part of a series and I feel like start more series than I finish. I’ve even seen reading challenges for finishing series. I start lots of new series each year and have no problems with starting a new series, unless the series is very long. The amount of series I actually finish is much smaller though and I thought it was interesting to think more about which factors play a role in whether I continue a series or not. If you want my general opinion about series, whether I like them or not and how I decide whether to start a series check out my post about series from last week.

Which factors play a role in whether I continue a series or not. 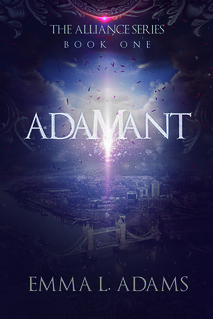 In most cases I decide more on a feeling of whether I want the next book than have these factors consciously influence my descisions, but I like thinking about issues like these and figure out which reasons and factors play a part even if it’s a small part. So my thought process isn’t as complicated as it might seem and in general my enjoyment of the books I read in a series so far will be the most important aspect in the decision. When I am not sure whether I want to continue a series or not, those other aspects can really push me towards continuing or not. So most cases how much I enjoyed the books in a series so far will be the deciding factor, but the other factors can certainly play a role in my descision as well.

At which book am I most likely to stop with a series?

I don’t have any stats, but in general I feel I am most likely to stop with a series either after the first book or after the first 2 to 3 books. With stopping after the first book it’s often the case that I either didn’t like it enough to continue the series in the first place or I just sort of forget about the series. In some cases a series starts out good and then after a few books I lose interest in the series or the series goes into a direction I don’t like.
Sometimes stopping with a series is a conscious decision, often when I read the first book and don’t like it enough to continue the series. In some cases I plan to continue the series, but eventually for some reason never do. Usually thanks to one of the factors above. One example of this is the Delirium series by Lauran Oliver. I loved Delirium, the first book in the series. The second book wasn’t released in paperback yet, eventually I bought it or pre-ordered it, but I didn’t feel the love and ethousiasme for the series anymore and that book still stands on my bookshelf unread. I know I loved Delirium, but I can’t feel any excitement for reading the rest of the series, so it’s hard to decide to pick up the book then, when you lost that excitement.

Which factors play a role in whether you continue a series or not? At which book are you most likely to stop with a series?

32 responses to “Lola’s Ramblings: Do you continue a series or not?”