Here in the Netherlands we celebrate “Sinterklaas” on 5 December, it’s mostly a festivity for smaller children, but there’s lots of candy you can only buy around this time of the year. One of my favourite Sinterklaas candies is Kruidnootjes, so I thought I would give it a try and make them myself and then share the recipe with you all.

I decided not to translate “Kruidnootjes” as there isn’t really a good translation for it, literally translated it would be something like Spiced Nuts, which doesn’t really give the right feel. Basically “Kruidnootjes” are very small, round cookies and they taste like spices, mainly cinnamon. Here in the Netherlands you can buy “Speculaas Kruiden” which is the spice mix used to make kruidnootjes, although I also will include a description of how to make this spice mix yourself for those of you who live outside the Netherlands and can’t buy “Speculaas Kruiden”. When I first made “Kruidnootjes” myself I was surprised at how easy it is to make. It only takes a few steps and there isn’t much chance to mess it up. And they taste even better than the storebrought variety.

A bit more about Sinterklaas. Sinterklaas traditionally arrives in the Netherlands with his helpers the “Zwarte Pieten” each year in mid-November (the first Saturday after 11 November) by steamboat from Spain. He then parades through the streets on his horse, welcomed by children cheering and singing traditional Sinterklaas songs. He stays in the Netherlands for a few weeks till his birthday on 5 december when he gives present to the children. If you want to know more about Sinterklaas, you can read this interview on Read Me Away, as she interviewed me last year about sinterklaas.

This recipe is based on Allerhand their Peppernoten recipe (dutch recipe). 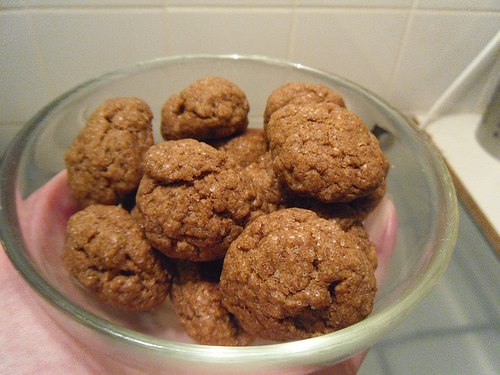 My apologies for the weird measurements as it was a dutch recipe with measurements in grams, it turns out a bit weird when converting to cups and tablespoons. This recipe makes about two baking trays filled with “Kruidnootjes”. You can make the speculaas spice mix yourself by combining the following spices: 8 teaspoons cinnamon, 2 teaspoon nutmeg, 1 teaspoon cloves, 1 teaspoon cardemon, 1 teaspoon ginger, 1 teaspoon coriander powder and 1 teaspoon anise powder. 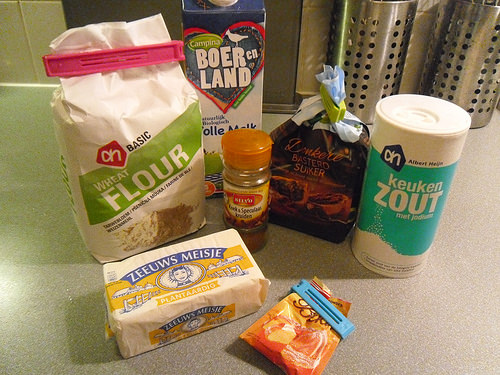 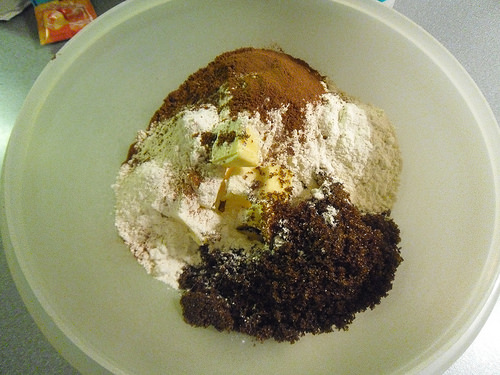 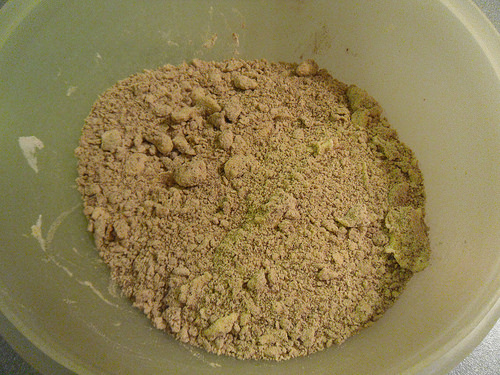 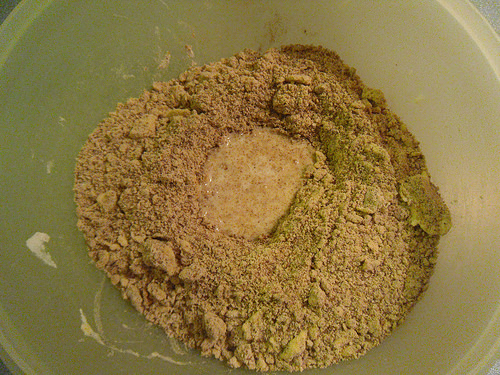 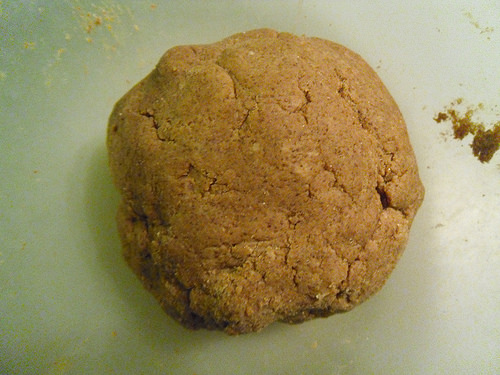 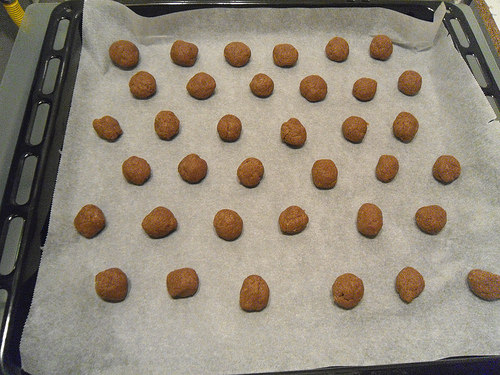 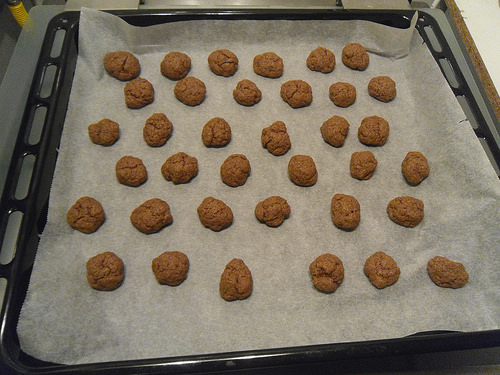 Tell me about candy that’s typical for your country?