Today is the cover reveal for Masked, it’s the second book in Janelle Stalder her dystopia series New World. Here is the cover: 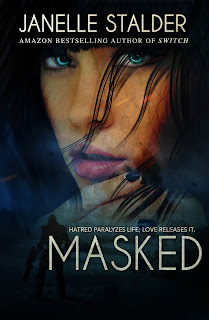