Today is the cover reveal for Forget me Not and Remember Me, the first two books in the Collective series by Sacey Nash. 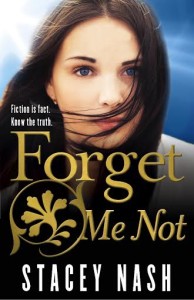 Forget Me Not(Collective #1)
by Stacey Nash
Genre: YA speculative fiction.

Blurb:
Since her mother vanished nine years ago, Anamae and her father have shared a quiet life. But when Anamae discovers a brooch identical to her mother’s favorite pendant, she unknowingly invites a slew of trouble into their world. They’re not just jewellery, they’re part of a highly developed technology capable of cloaking the human form. Triggering the jewellery’s power attracts the attention of a secret society determined to confiscate the device – and silence everyone who is aware of its existence. Anamae knows too much, and now she’s Enemy Number One. She’s forced to leave her father behind when she’s taken in by a group determined to keep her safe. Here Anamae searches for answers about this hidden world. With her father kidnapped and her own life on the line, Anamae must decide if saving her dad is worth risking her new friends’ lives. No matter what she does, somebody is going to get hurt.

My Cover review:
What I like most about this cover is the title font and the strange swirly thing in front of Me Not. Beside that I don’t really have much to say about this cover. Standard model face on the cover, the ag line seems to suggest it is actually speculative fiction, but beside that there isn’t much hint towards the rela genre.I also wonder where the model is staring at, she has a bit of a weird look on her face.

To conclude: This is just an okay cover for me, I like the fnt, but beside that there isn’t anythign that really stands out. I do like the blurb though.

You can pre-order Forget me Not here:
– Amazon
– iBooks
– Google Play

Remember Me (Collective #2)
by Stacey Nash
Genre: YA speculative fiction.

Blurb:
When all is lost, she must remember…

Anamae Gilbert managed to thwart The Collective and rescue her father, even though his mind is now a shell. Determined to stop Councilor Manvyke hurting her family again, she’s training to become an active resistance member and enjoying a growing romance. But things never sail along smoothly – Manvyke wants retribution. And Anamae’s name is high on his list.

After a blow to the head, she awakes in an unfamiliar location. Anamae can’t remember the last few weeks and she can’t believe the fascinating new technology she’s seeing. She’s the new kid at school and weapons training comes with ease, but something feels off. Why does the other new kid’s smile make her heart ache?

And why does she get the feeling these people are deadly?

My Cover review:
Mostly the same thoughts of this cover as the first one. I like the font, but beside that it isn’t really special. I do like how it’s obvious these books are part of the same series as the covers have the same style. I like the model on this one even less, I usually like it when the model faces away from the front, but this one is meh.

To conclude: I like how it matches the style of the first cover and I like the font. Beside that not much special.

You can pre-order Remember Me here:
– Amazon
– iBooks
– Google Play 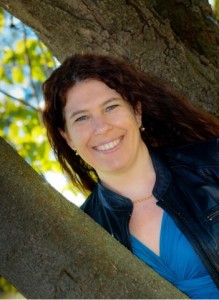 About the Author:
Stacey Nash writes adventure filled stories for Young Adults in the Science Fiction and Fantasy genres. When her head isn’t stuck in a fictional world, she calls the Hunter Valley of New South Wales home. It is an area nestled between mountains and vineyards, full of history and culture that all comes together to create an abundance of writing inspiration. Stacey loves nothing more than writing when inspiration strikes.