I have an awesoem cover to show you today and my 5 star review of it. Trust me this book is good and if you haven’t read the first book Renhala yet, I would certainly recommend you pick it up (like now or something). Okay first let me share the awesome cover with you and then I will show you my review. 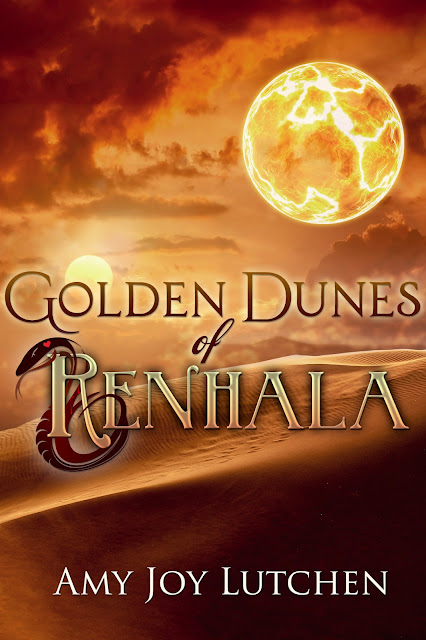 Okay so posting it in extra large is maybe a bit too much, but let me say I love this cover. It has everything I love in a cover, simple design, beautifull colours and it matches the story and the feel of the book. And that serpent like creature next to the R of Renhala looks cute. And here is how it looks next to the cover of the first book:

I love how the covers have the same style and the same lettertype. I also love how both covers show the moon and that the moon is on both covers on the right side of the cover. Okay enough about the cover, let me tell you why you should read this book. 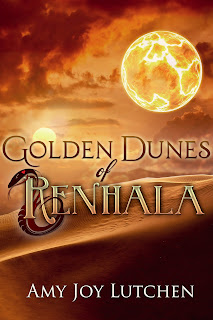 Blurb from Goodreads: How do you live with a secret so dark and so deeply woven into your being that it threatens to smother your very existence, with no known way out? Use it to your advantage.

Kailey Rooke, karmelean, and now a possibly unethical karma-for-hire, has spent the past year jumping from project to project, without any real hope for salvation. With repercussions from her actions at every turn, she discovers that as time goes on, she loses a bit more of herself to that which feeds on her anguish, that which is thriving inside her own body.

When a new contract to find a missing girl arises, Kailey attempts to put her past and its associated problems on the back burner, but she soon finds out that treachery and deceit lie shortly ahead in Golden Dunes, only giving face to new problems, with one leading right back to her childhood past.

She struggles to complete her contract as her own life teeters on a fulcrum, constantly tipping according to karma’s whim. How long will she keep her balance? Which way will she fall?

My Review:
I got a copy for beta read and a honest review. My review is based on the beta read, so it’s entirely possible the final version is even better.

As soon as I started this book I was so glad to be back in the world of Renhala. This book is even more fast paced and filled with action than the first book, but it’s also a bit darker than the first book. And I totally enjoyed it and this managed to get me about of a reading slump, I finished Golden Dunes of Renhala in 2 days.

The story start a while after Renhala ended, also it was quite some time ago that I had read Renhala and I had forgotten a lot already. I didn’t have time to re-read Renhala, but I quickly found out that that wasn’t even necessary. Just enough details are given on what happened in the first book to remind me of what happened in the first book. The story is fast paced and full of action. The story had that keep-reading-feel. It did have a few dark moments and I kept hoping Kailey would get better.

This book focuses less on the characters than book 1. There is some character development, but there were less interactions and I felt there was less attention for the side characters. Also I wished there was more romance, because there wasn’t enough of that in this book. I did like reading about all those great characters again, I really liked Jenna and Bu in this book.

To conclude: I really enjoyed Golden Dunes of Renhala and I have to say it’s almost as good as book 1. The story is fast paced and full of action. The story is a bit darker. I really liked Jenna and Bu in this book and I was so glad to be back in the world of Renhala!

Golden Dunes isn’t releashed yet, so I give you the buy links for Renhala instead. You can add Renhala to your to-read list on Goodreads. And you can buy Renhala (Renhala #1) here (go buy it, it’s only $0.99):
– Amazon
– Kobo
– B&N
– Smashwords

Please drop a comment and tell me what you think of the cover and if you plan on reading it.