I am a big fan of David Estes his books and the blurb of this book sounded really good and I couldn’t wait to read it. I was lucky enough to receive a copy for review. Slip is a book about a dystopia society where someone has to die before a new one can be born and what happens when someone’s Slip through that system.

The story is was really carries the most weight in this book. This book is plot-driven and it was the story that wanted to keep me reading. I read this book in a few days as I just wanted to keep reading and there where all these multiple point of views and I kept wondering how it was all connected, trying to make sense of it all. And then seeing them connecting later on in the story was awesome, it suddenly all came together. There are some great plot twists and revelations and I liked those scenes where everything suddenly started to make sense and get connected.

The first part of this story was a bit slow and confusing, later on I realized just how important that first part was, but when you read that part it just doesn’t make sense. And I couldn’t get a grip on the world or the character, I also felt a bit distanced from it all due to the way it was written. Luckily that all changes in the second part, the third person persective felt a lot more natural and things where starting to make sense, there was still a lot of mystery, but I could get a grip on the world and the characters. And the fist part suddenly makes sense when reading more.

While the story is what kept me reading, Slip also has a lot of interesting characters. It was a bit difficult to connect to them at first, as these characters live a hard live and they aren’t the most likeble characters especially at first. When I got to know them better I did started to like them. Harrison was one of my favourite characters, he doesn’t seem that interesting at first, but some events later on in the story made me really like him. Michael Kelly was by far the most interesting character in this book, he’s in such a difficult position and I actually understood his descision and what he did. While it might not have been the best choice, he did what he thought was best and I could actually see the logic in what he did. Benson and his friends are nice characters as well, although I would’ve liked to get to know them better, but I am hoping that might happen in the next books in this series. There was a small bit of romance, but it wasn’t that important, more a side plot. I did like how it was incorporated in the story, without getting too much weight, although sometimes it still felt a bit off considering all what was going on around them. I did think the romance was sweet and I would like to see it develop a bit more in the second book.

I liked the world building, although I myself think such a population controlling law would never get accepted. Such a system just doesn’t work and people would rebel against if the government even would try to etablish it. If you do accept that it’s there and think form there on, most of the world building makes sense, but the way this world came to be just felt a bit off to me. I did like that there are some technological advancements that make it feel more real and futuristic, like the hoverboards and holo ads. It was a fun addition to the otherwise sad and dark world building. There are also some newspaper articles at theend of soem chapter which add to the world building as well and I really liked how these helped build the world and give an idea of what the world was like.

To conclude: I really enjoyed Slip. The story kept me reading and I just had to know what would happen next and how everything was connected. The first part of the story was a bit confusing and I felt a bit detached from the story, but that changed in the second part. This book is filled with interesting characters, although it was a bit hard to like them at first. The world building was doen well and I liked the technological advancements like the holo ads. All in all a great start of a new series and I can’t wait for the sequel Grip!

You can find Slip on Goodreads

You can buy Slip here:
– Amazon

You can find Grip on Goodreads

You can buy Grip here:
– Amazon 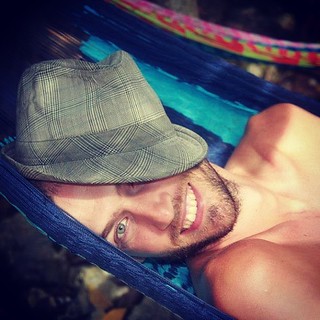 About the Author:
Author of popular YA dystopian series, the Dwellers Saga and the Country Saga. Voted books to read if you enjoyed the Hunger Games on Buzzfeed and Listopia.

David Estes was born in El Paso, Texas but moved to Pittsburgh, Pennsylvania when he was very young. David grew up in Pittsburgh and then went to Penn State for college. Eventually he moved to Sydney, Australia where he met his wife. They now live together in their dream location, Hawaii. A reader all his life, he began writing novels for the children’s and YA markets in 2010, and started writing full time in June 2012. Now he travels the world writing with his wife, Adele. David’s a writer with OCD, a love of dancing and singing (but only when no one is looking or listening), a mad-skilled ping-pong player, and prefers writing at the swimming pool to writing at a table.

There is a tour wide giveaway for the book blitz of Slip. These are the prizes you can win:
– Winners choice of book to the value of $15.00 U.S. from The Book Depository
– A signed copy of SLIP plus bonus swag- U.S. entrants only
– A signed copy of BREW plus bonus swag- U.S. entrants only
– 3 ebook packs with three David Estes ebooks of your choice
– 4 signed packs of bookmarks

You can enter the blitz wide giveaway here:
a Rafflecopter giveaway