Today I am part of the KDP Book Blitz for Never Too Far by Thomas Christopher. First a bit more about the book: 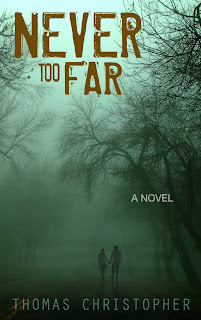 Never Too Far
by Thomas Christopher

Blurb: A harrowing story of love and survival.

In a future of scarce resources, where the possession of gas and diesel is punishable by death, a teenage boy and a pregnant girl must save their impoverished family. They risk their lives on a terrifying journey to sell stolen fuel on the black market.

And best thing about this book blitz? Never Too Far is free on amazon during the book blitz, so from June 13 till June 15th. So go grab your copy from amazon.

Excerpt:
Mary surprised Joe by knocking his arms away. She was stronger than she looked. Then she swept her legs off the bed and sprang to her feet. She took two steps and turned to face him as if to prove there was nothing wrong with her. But there was definitely something wrong. She wavered a moment. Her already white face turned ghostly. Her eyelids trembled. She seemed to realize she was becoming faint, and what that meant.
“I’m fine,” she said. “You don’t have to go.”
Joe got ready to catch her in case she fell, but somehow she held herself steady.
“It’s okay,” Joe said. “Just sit down. I will go find some food.”
Joe inched toward her. He was afraid to grab her again because she might try to wrench free once more and really fall. When she coughed, her little shoulders jerked and her round stomach jumped. Her head was drooped low and her hair hung down so he couldn’t see her face at all.
“Come on, lay down,” Joe said.
She didn’t move. Joe stepped toward her, but before he could put his arms around her, she tilted forward and rested the crown of her head against his chest. He slid his arms along the sides of her hard belly and around her waist. Then he shifted her toward the bed again. She moved like a bundle of empty sacks in his arms. He set her gently on the bed before he bent down to lift her feet onto the sheets.
After he sat in the chair, Mary asked him, “What if you don’t come back?”
“That’s not going to happen,” Joe said.
“How do you know?” 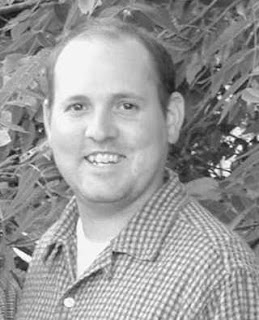 About the Author:
Thomas Christopher grew up in Iowa and attended the University of Northern Iowa.

After living in Seattle and Montana, he went to Western Michigan University, where he received his MFA.

His short stories have appeared in The Louisville Review, The MacGuffin, Redivider, as well as other places. He was awarded an Irving S. Gilmore Emerging Artist Grant and was a finalist for the Matthew Clark Prize in Fiction.

He lives in Wisconsin with his wife Jessica and their son Holton.

Don’t forget to grab your free copy of Never Too Far on Amazon!

2 responses to “Book Blitz: Never Too Far by Thomas Christopher”