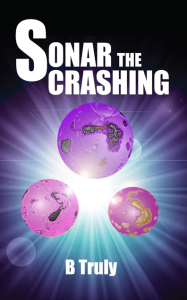 Blurb:
Is it more than déjà vu? With the Romeland family it may be destined to be true.

Life on Earth is not the only place where devastation occurs and hard choices must be made. The Royal 4 of Kadan live in the Sonar galaxy three million light years from Earth. They travel to Earth to obtain the resources they need to give their world a fighting chance.
Their mission is compromised and they’re faced with life changing events. They have amnesia and no memory of their past. Strange dreams start to occur. They wonder if it’s more than a dream, or is it déjà vu?
The mind is a complex mystery. Amnesia is a secret unknown. The role it manifests in these characters’ lives is a catastrophic cyclone.
Shiray is frantic when she is the first to find out about their true destiny and that the love of her life no longer remembers who she is. She must find a way to restore her family before all is lost. They must prevail because the fate of their planet lies in their hand.

What would you do if you had amnesia and fell in love, only to learn upon regaining your memory, that you are already married?

Find out in this New Adult, Sci-Fi/Romance thriller!

You can find Sonar the Crashing on Goodreads.

You can watch the trailer for Sonar the Crashing here:

Excerpt:
That night I had the scariest dream of them all. I opened my eyes, and I was in a spacecraft going through the atmosphere of a dark planet. I walked into the cock pit and there was my guy. I could feel my cheeks flush. There were also four other women and six other men, all around my age. My guy smiled at me.
“Are you ready? We have to hurry. A storm is on the way,” he said. The huge door to the ship opened. It looked like the opening to the back of a cargo ship. I gasped in disbelief. The sky outside the ship was black, and all we could see was water. The men shined the light in the water and threw down a net.
“Don’t be scared, Sweetheart,” my guy said. “We’re very low on food, and there is no telling how long this storm will last.” I smiled at him. Suddenly the wind started howling, like a wind I had never heard before. It sounded like a freight train. The water started forming huge waves and the ship started rocking.
“We have to hurry! The storm is coming in fast, and it will take us down if we don’t get out of here!” one of the men yelled. A huge wave rose up and washed over the ship. “Everyone grab a hold whole of something!” somebody screamed. “I’m taking off!”
Then another huge wave washed over the ship. I tried to grab a hold of something, but the pressure was too strong. I was too close to the door, and fell out. We were high up, and it took me a while before I hit the water. I went deep under. The water was so cold; it felt like knives were stabbing me all over my body. I tried to swim to the surface, remembering I knew how, but it was like the pressure was keeping me down. I had never felt so scared before. Then I saw him and he grabbed me. He had a rope around his waist. He tugged on it, and it started pulling us up. Before we reached the surface I could no longer hold my breath. Water came gushing into my mouth, and I couldn’t breathe. Oh my God, I can’t breathe! My mind screamed. My body started jerking. I was frantic, and we still had not reached the surface. The next thing I saw was darkness.
I heard voices. “She’s coming to! She’s coming to!” I opened my eyes slowly. I felt pressure on my chest; I turned quickly on my side and started coughing up water and gasping for air. Everyone started laughing and sighing in relief. I looked up, and my guy was leaning over me. He must have revived me. He was crying and laughing. He grabbed me into his arms. “You scared me. I thought I’d lost you,” he said.
“Thank you,” I said, hugging him. I felt relieved to be in his arms.
“We’ve made it out of Hydrocesis atmosphere safely. Let’s head home.” I heard a man say.
Then I jolted awake, and quickly sat up in my bed. I was sweating profusely. This was no regular dream; this was a waking dream. I could still feel the pressure in my lungs and the taste of salt water in my mouth. My skin felt wet, and I was cold. I started sobbing. Who was I? Where did I come from? I needed answers and stayed awake for the rest of the night, my mind astir. Everything was a blur. 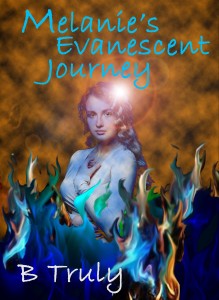 Blurb:
True Love may cost a price, if the greater good preordains that you are the sacrifice.

There are always two sides to a story. Melanie Wilhelm’s begins after she moves from Australia and starts her senior year at Cashmere High. On her first day, she bumps into a mysterious guy, and they form an instant connection. They become friends and he shares his deepest secret with her. As they grow closer, their relationship amplifies and becomes binding. Strange things occur, but instead of worrying, Melanie’s feelings intensify.
The excitement of New Year’s Eve approaches, and so does Jason’s most devastating revelation of all. She learns his ultimate truth and is now spun into his chaotic web. The danger rises and hard choices must be made. By being with Jason, Melanie may have to sacrifice more than her heart. It may cost her life.

Melanie’s Evanescent Journey ties into books one and two of The Sonar Trilogy. From spiraling twists to devastating plots, her journey will make you question fate and true love.
Is fate something you can control? Some believe it’s in the hands of what you behold.

You can find Melanie’s Evanescent Journey on Goodreads.

Excerpt:
Thanksgiving break was over, and Jason had come by my house for another study session. There hadn’t been any more weird occurrences at his house, but we had decided to study here today. He had fallen asleep on the sofa, and he looked so peaceful. I went in the kitchen, and then I heard him talking. I thought he had woken up, but when I glanced back into the family room he was still sleep. Interesting. I didn’t know he talked in his sleep. I smiled and walked over to the sofa. I sat next to him as he still kept mumbling.
“Kadan…hit the autopilot before we are lost.”
What was he talking about? It sounded like a bunch of mumbo jumbo. He jerked and flinched, but didn’t wake up.
“What do you mean?” he yelled.
I jumped, startled by the elevation of his voice.
“My mother! She’s been in an accident.” His face was pained, and I wanted to wake him, but it was obvious he was having a dream from his past. Did something happen to his mother? Maybe this was an important key to the puzzle. Then he started talking in a language I couldn’t understand.
“Ana la Aliko bik, Layomkin an amour. Mada hassal? Ayna Jassadouha? Yomekin Ehyaoha. Li Mada ALJamiaa hader? ARirni!”
I had been studying different foreign languages since middle school and the closest dialect to this language sounded similar to Arabic. Yet the way it flowed was very different. His expression was one of terror. Memory retrieval or not, I couldn’t stand to see him hurting anymore. I shook his shoulder. “Jason, wake up!”
He bolted upright and squint his eyes, clearly confused. “Mel?”
“Yes, I’m here. You were having a nightmare.” He rubbed his forehead.
“What happened in your dream? You said something about your mother.”
He contemplated for a moment then shook his head. “I don’t remember my mother. What did I say?”
“You said something happened to her, and you sounded scared. Try to remember.”
He closed his eyes and took a deep breath. After a few seconds, he sighed. “My head hurts. I can’t remember anything I just dreamed about.”
“Jason, there’s something else. You spoke in a different language.”
“What?”
“You spoke in another language. I’ve studied multiple foreign languages over the last six years, but I am not sure what language it was.”
“Another language. That’s news to me.”
“Has this ever happened before?”
“Yes, we all have dreams. They are mostly vague. It’s mostly of different surroundings. I have never seen a person in my dreams. But from what you are telling me, maybe I am and just can’t remember what I dreamed. So maybe it’s déjà vu. I definitely don’t know anything about another language. Ugh! This is so frustrating,” he exclaimed, rubbing his temples.
“Let me get you something for your headache. And I’m sure it’s hard, but try to be patient. The mind is a complex structure. No one really understands how the concept of amnesia works. I feel in time you will remember at least some things from your past.” I wasn’t sure if that was a good thing, if his dream was any indication of what his past held. But he needed to find out some facts from his past to have peace.
“Thank you,” he replied. I kissed him on his cheek. “And Mel, I am really glad I met you. Being with you somehow makes going through this madness easier.”
“I’m glad I met you too.” 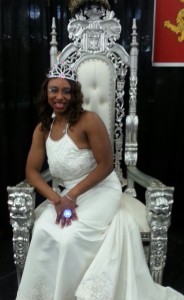 About the Author:
I have wanted to be an author since I was fifteen years old and I’m grateful to have accomplished this dream. I have three wonderful children and a husband who defines the person I am today. I work full-time as an Ultrasound technologist in Sugarland, Texas.
I have very vivid dreams and a wild imagination. I like to read, watch tons of TV shows, and movies. I’m addicted to romance and get a thrill out of action and suspense. I write New Adult Fantasy, Sci-fi, and Paranormal-Romance.
In the Sonar series it was fun to explore different elements of Sci-fi romance and create various realms of powers for my characters. I want to show my readers that Sci-fi can be fun, but also traumatic. I hope you guys enjoy the Sonar Series.

There is a tour wide giveaway for the blog tour of The Sonar series. These are the prizes you can win:
– 5 e-copies of Sonar the Crashing
– 5 e-copies of Melanie’s Evanescent Journey 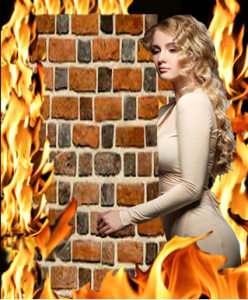 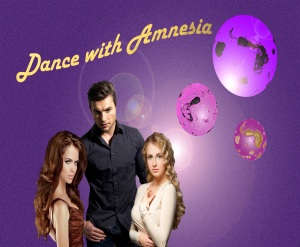 Enter the rafflecopter below for a chance to win:
a Rafflecopter giveaway