Today I am part of the blog tour of The Sacrificed by Jordan Link! There also is a tour wide giveaway, so make sure to scroll down to enter the giveaway! 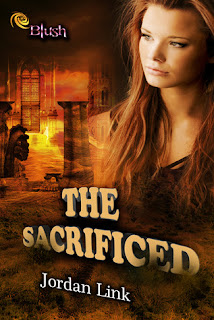 The Sacrificed by Jordan Link
YA Fantasy

Emerald Hayden lives in the City of Centsia, a half-winged among the other walkers. She has no family, friends, or food: only a grim future filled with tiresome labor in the upper level’s factories.

But everything changes when she meets Dusk, a winged from the place that she previously scorned. He opens her eyes to a new possibility: the possibility of the unity of winged and walkers, of freedom, and of love.

Together, they decide to challenge the upper level’s supreme, winged council. But when a friend betrays them, they must choose whether to sacrifice their beliefs and save their own lives, or to remain along the thin line that divides the city in two. Success could mean liberty; failure, death.

You can The Sacrificed to your to-read list on Goodreads

You can buy The Sacrificed here
– Amazon
– B&N
– Kobo
– Smashwords

And here is the book trailer for The Sacrificed:

Slowly, ever so slowly, she dropped to her knees and peered around the corner.
There was a winged boy standing there, muttering something to a few walkers. It was impossible to distinguish the color of his eyes, or even his expression from her sheltered position, but his features were still rather shocking. His hair was a creamy white, a pigment that Emerald had only ever seen on the heads of other winged. His skin was pasty and faded. She wondered between pounding heartbeats how the winged remained so pale when they spent so many days in the sky above Centsia, arcing near the curve of the sun and circling back around again as they went to and from their duties. The boy’s wings, however, were by far his most striking feature. The feathers seemed to form intricate pictures as they fluttered in the midnight breeze. Emerald continued to stare as the boy withdrew something from his pocket.It was bread. 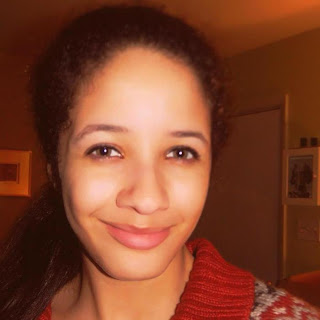 Jordan Link is currently contracted with Entranced Publishing for her novel “The Sacrificed”, which will be released on May 6, 2013. She won first place in Jack L. Chalker’s Young Writers Contest of 2012 for her short story “The Bubble”, and attended Balticon 46 last year. She earned an honorable mention on December 3rd for the Young Voices Foundation Short Story Contest and will be published in their anthology “Oh, the Stories They Tell!” which will be available on Amazon. Her early love of reading inspired an equivalent passion towards writing, and she plans to continue doing so.

And there is a tour wide giveaway!