Today is my stop during the blog for Masked, the second book in The New World series by Janelle Stalder. Excerpt #1:
What I have gotten myself into? She asked herself for the millionth time since she’d agreed to do this. If it hadn’t been for the fact that her evil, sadistic father was holding her sister captive, there was no way Bridgette would have been doing anything to help the rebels. She’d long ago decided to make the best out of the new life she’d been forced to live, and that meant no involvement with the group of men set on destroying the new government. Considering her father was their leader, she definitely hadn’t wanted any part in this. But once again life had thrown her a curveball in the form of her sister, and she was forced to play along. At least until she planted the bomb.
Her back felt sticky with sweat beneath the fabric of the uniform she wore. All she wanted to do was strip out of it, pull off the mask her sister had been wearing for the last five years – how Charlotte had stood it, she had no idea – and take off the boots that were a size too small and pinching the crap out of her toes. Instead she had to deal with Roman, who had caught her in the hall. And of course, Bridgette had done the first thing that had come to mind, which happened to be to turn and run like an idiot, locking herself inside this room.

And here is another excerpt, form slightly further into the first chapter

Excerpt #2:
Finally they came to a set of double doors. Roman opened them, standing back to let her enter first. She kept her gaze away from his as she walked by. The heat off his body had her swaying a bit, but she forced herself to keep going.

The room was dark, and clearly a man’s domain. There was nothing feminine about the deep, burgundy walls, leather chairs, and large, wooden desk. Standing in front of floor-to-ceiling windows was her biggest obstacle yet, Ludwig Tennebris. Crap, crap, crap. She stopped just inside, watching him as the prey watches a predator. Roman was scary, but Ludwig, he was terrifying. He didn’t give off the same sort of strength that Roman did. His was more an aura of unpredictability; a man who could and would do anything and everything at any moment. She didn’t like men like him. She liked to know what to expect, and she doubted that would ever be the case with the New World leader.

His eyes swung to hers, his blonde hair messy, probably from running his hands through it. She could tell he was agitated, which didn’t bode well for her.

“Finally,” he said, stepping closer to her. The desk remained between them, a fact she was thankful for. “How are you feeling, Di?”

Bridgette paused for a second. She had forgotten that most of the New World soldiers thought Charlotte’s name was Dinah. It made her wonder why Roman called her Lottey. It also shocked her that Ludwig had asked how she was. If she was being honest, she wasn’t expecting that. From the look of him, she had thought he was going to start yelling, not look genuinely concerned for her. 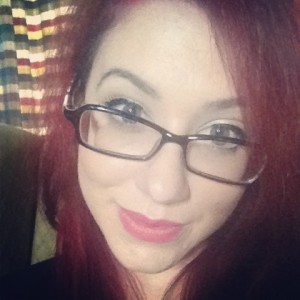