Today is my stop during the blog tour for He Belongs With Me by Sarah Darlington. I share my review and there is a tour wide giveaway to win e-copies of the book. 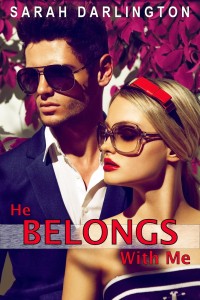 He Belongs With Me
by Sarah Darlington
Genre: New Adult Contemporary Romance

Blurb:
Identical twins, Maggie and Clara Ryder, both grew up with Leo Maddox, billionaire playboy, apparent alcoholic, and heir to his grandfather’s world-famous Maddox hotel empire. Their roles were cemented long ago: Maggie, as his best friend and Clara as his childhood nemesis.

But when a simple twist of fate changes everything and both girls start to fall for the lean, mean, ridiculously sexy and seemingly spoiled Leo… which girl will win his heart?

Throw in a little mischief, drama, and one smoking-hot bartender and lines are sure to blur. But one thing’s for certain, neither good-girl Maggie nor rebellious Clara will be satisfied until they each figure out where they belong.

When I read the blurb for He Belongs To Me I was interested, I immediately liked the idea of a story about two twins who fall for the same boy. Although no matter what the blurb seems to suggest there is no love triangle in this book. It’s obvious pretty soon who’s going to get leo and there is another boy for the other girl. I am not saying anymore as that might spoil anything, but as I think the blurb might give you the wrong impression I wanted to clarify that.

He Belongs to Me is a book told from both Clara and Maggie’s point of view, they are twins. As many books usually use the love interest as second pov when doing a dual pov book, I really liked the twist of reading the story about two twins. The story started off a bit weird, I am not sure why, but I found the whole opening scene and the drama with finding a date and the payback thing a bit weird. After that the story became better though, I really enjoyed this book, although it never got from okay territoy into great. The story has some cliché elements and early on it was easy to predict who would end up with who, but nevertheless it was still an enjoyable book.

At first I had some trouble liking both main characters, but after a bit I started to like them. Both characters have their flaws and quirks and I liked how different they where and still the same on some aspects too. I have to see I liked Clara a bit more, because she felt more real, even though she was a bit rebellious she said what she wanted. Maggie was a bit more the nice girl. I liked both girl interacted with Leo and how they both threated him different while they both grew up with him. They both do some stupid things in this book and I wanted to shake some sense in them sometimes. The side characters where nice, but mostly felt like fill-up. There just isn’t enough space in this book to also get to know the side characters really well as the story already focusses on two main characters and their love interests. I did like Steph, Clara’s best friend. I couldn’t form a good opinion about most other side characters.

The romance was done well, if a bit hurried at some places. Because the story is told from two pov’s and actually tells two romance stories, it felt like there just wasn’t enough space for either of them. While there was no insta love, the romance stil developed a bit fast. And I just wanted to know and read more about each couple, because i think there asn’t enough space in the book for both romance and I would’ve liked it if the book was slightly longer and added a bit more depth to the characters and romances.

The ending nicely wraps most things up, although there are some sub plots that are only adressed shortly and never get wrapped up and some characters who didn’t got their ending. The ending did involve a really sweet scene in the airport and overal I liked the ending.

To conclude: this is a nice and enjoyable book, but it just never get’s better than okay. I liked how the story was told from the point of view of two girls and we get to know both of them and their love interests. Although the blurb suggests a love triangle, there isn’t one, but instead two seperate romances. I think the romances where a bit hurried sometimes, but I did like them overal. The ending is nice and has some sweet scenes. 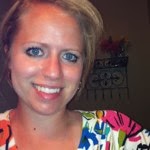 Sarah Darlington lives in the DC metro area, is married to her high school sweetheart, and currently spends her time chasing around a very active toddler. As a former flight attendant, she misses the days of pantyhose, galley gossip with good friends, and traveling to new places. In the future she’d like to return to that career, but, just as flying gets into your bones, so does writing. Whenever she gets a free moment these days, she writes.

2 responses to “Blog Tour: He Belongs With Me by Sarah Darlington”