This is my stop during the blog tour for Flury: Journey of the Snowman by Tony Bertauski. The author has written a tens list about his favourite christmas movies!
This blog tour is organized by Lola’s Blog Tours. The blog tour runs from 14 till 27 November, you can view the complete tour schedule here.
So far this series contains 3 books, all books can be read as standalones. 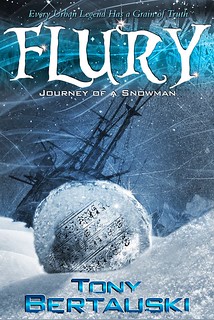 As if juvenile diabetes isn’t enough, he’s forced to live with his tyrannical grandmother in a snow-bound house. He spends his days doing chores and the nights listening to the forest rumble.

But when he discovers the first leather-bound journal, the family secrets begin to surface. The mystery of his great-grandfather’s voyage to the North Pole is revealed. That’s when the snowman appears.

Because sometimes even magic needs a little help.

You can find Flury on Goodreads

You can buy Flury here:
– Amazon

Top 10 Christmas Movies
10. Nightmare Before Christmas. The claymation, the surreal atmosphere and creepy vibe make this a good watch. Not very Christmassy, though.
9. Princess Bride. Not exactly a Christmas movie, but narrated to child actor Fred Savage during Christmas. So I’ll give it a pass.
8. Christmas Vacation. I don’t like this one as much as most people I know. Still funny. And full of hyperbole that we can all relate.
7. The Year With a Santa Claus. This is the old claymation movie from the 70s starring the heat miser and snow miser. Anyone that sees it will not forget the Heat Miser song.
6. Bad Santa. Bad words. Bawdy humor. Big laughs. And not for children.
5. Groundhog Day. Okay, I’m pushing this one through. It’s not during Christmas, obviously. But it snowy and feels a lot more Christmassy than some of my previous winners. And I love this movie. Life lessons bundled with Bill Murray. Very Zen.
4. Elf. Will Ferrell at his best. I can watch this over and over.
3. A Christmas Story. Sure, this is old, but it nails a bygone era of Christmas time. Plus, it was filmed in a neighborhood my dad grew up in, so I relate to the scenery and the excitement.
2. The Grinch. Jim Carrey doesn’t always hit a homerun, but this one is a grand slam. No one could bring this character to life like he did.
1. A Family Man. An unusual choice, I know. This Nicholas Cage, like Groundhog Day, carries wonderful life lessons in entertaining fashion, with heartmelting scenes from the precocious daughter. 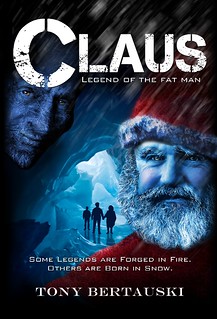 Blurb:
Santa is not just about the presents. See something deeper in this mythological figure. A story that’s meaningful. Find a cast of gritty, compassionate and courageous characters that make the journey to mythological fame despite their shortcomings and frailties. Pull away the veil of magic, reveal the difficulties of love and loss and struggle with life.

Because Santa Claus is much more than presents.

In the early 1800s, Nicholas, Jessica and Jon Santa attempt the first human trek to the North Pole and stumble upon an ancient race of people left over from the Ice Age. They are short, fat and hairy. They slide across the ice on scaly soles and carve their homes in the ice that floats on the Arctic Ocean. The elven are adapted to life in the extreme cold. They are as wise as they are ancient.

Their scientific advancements have yielded great inventions — time-stopping devices and gravitational spheres that build living snowmen and genetically-modified reindeer that leap great distances. They’ve even unlocked the secrets to aging. For 40,000 years, they have lived in peace.

An elven known as The Cold One has divided his people. He’s tired of their seclusion and wants to conquer the world. Only one elven stands between The Cold
One and total chaos. He’s white-bearded and red-coated. The Santa family will help him stop The Cold One. They will come to the aid of a legendary elven
known as… Claus.

You can find Claus on Goodreads 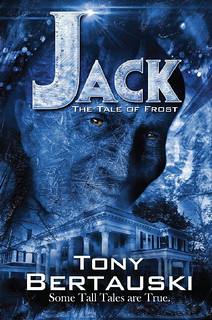 Blurb:
Sura is sixteen years old when she meets Mr. Frost. He’s very short and very fat and he likes his room very, very cold. Some might say inhumanly cold. His first name isn’t Jack, she’s told. And that’s all she needed to know.

Mr. Frost’s love for Christmas is over-the-top and slightly psychotic. And why not? He’s made billions of dollars off the holiday he invented. Or so he claims. Rumor is he’s an elven, but that’s silly. Elven aren’t real. And if they were, they wouldn’t live in South Carolina. They wouldn’t hide in a tower and go to the basement to make…things.

You can find Jack on Goodreads 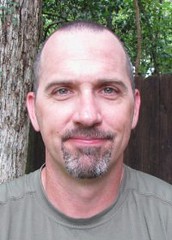 About the Author:
During the day, I’m a horticulturist. While I’ve spent much of my career designing landscapes or diagnosing dying plants, I’ve always been a storyteller. My writing career began with magazine columns, landscape design textbooks, and a gardening column at the Post and Courier (Charleston, SC). However, I’ve always fancied fiction.

My grandpa never graduated high school. He retired from a steel mill in the mid-70s. He was uneducated, but he was a voracious reader. I remember going through his bookshelves of paperback sci-fi novels, smelling musty old paper, pulling Piers Anthony and Isaac Asimov off shelf and promising to bring them back. I was fascinated by robots that could think and act like people. What happened when they died?

I’m a cynical reader. I demand the writer sweep me into his/her story and carry me to the end. I’d rather sail a boat than climb a mountain. That’s the sort of stuff I want to write, not the assigned reading we got in school. I want to create stories that kept you up late.

Having a story unfold inside your head is an experience different than reading. You connect with characters in a deeper, more meaningful way. You feel them, empathize with them, cheer for them and even mourn. The challenge is to get the reader to experience the same thing, even if it’s only a fraction of what the writer feels. Not so easy. 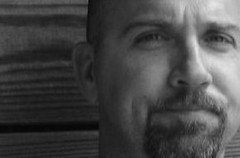 In 2008, I won the South Carolina Fiction Open with Four Letter Words, a short story inspired by my grandfather and Alzheimer’s Disease. My first step as a novelist began when I developed a story to encourage my young son to read. This story became The Socket Greeny Saga. Socket tapped into my lifetime fascination with consciousness and identity, but this character does it from a young adult’s struggle with his place in the world.

After Socket, I thought I was done with fiction. But then the ideas kept coming, and I kept writing. Most of my work investigates the human condition and the meaning of life, but not in ordinary fashion. About half of my work is Young Adult (Socket Greeny, Claus, Foreverland) because it speaks to that age of indecision and the struggle with identity. But I like to venture into adult fiction (Halfskin, Drayton) so I can cuss. Either way, I like to be entertaining.

And I’m a big fan of plot twists.

There is a tour wide giveaway for the blog tour of Flury. One winner wins e-copies of all 3 books in the Claus series so far: Claus, Jack and Flury.
For a chance to win enter the rafflecopter below:
a Rafflecopter giveaway