Today is my stop during the blog tour for Astral Tide, Astral Tide is the second book in the Otherborn series by Anna Silver. I’ll share my review with you today. 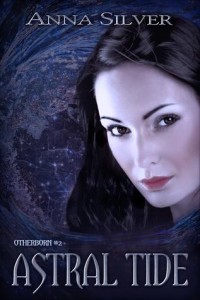 Blurb:
London and her friends are fugitives in a reprocessed world where anything New is illegal. But as Otherborn, they’re different. They can dream and create, which hasn’t gone unnoticed. After fleeing Capital City with an assassin on their heels, the Otherborn found nothing went according to plan. Now, they are down by two and on the run in the Outroads, but the Tycoons keep mysteriously gaining on them. And seven months later, London is no closer to her promise to go back for Rye, if there is anything left to go back for. But Zen is teaching London that there may be more to her heart than the pieces she left behind, and London can’t help but feel guilty about not looking back since they fled New Eden. Should she hold on to hope that Rye is more than just a memory, or embrace a new life and love with Zen?

In their race to outrun their enemies, one thing is becoming increasingly clear: they can only run for so long. Eventually, they’ll have to face what waits when the road runs out. Eventually, their fates will catch up to them.

It was quite some time ago that I read the first book in this series, so when I started this book I had some difficulties getting into the story. There was some recap of the events in the past book so I quickly understood again where the story was, but I had most difficulties remembering who the characters where and what their personalities where.

The story starts off pretty slow and nothing really seemed to be happening. The characters are running for the Tycoons, but they don’t seem to be getting anywhere or making progress. It took some time before the story picked up a bit. I did enjoy the story and I read it in a little less than one day, but this book seemed to have second-book-syndrome. It just felt a bit like a fill up book, without any big plot twists or events. The character grew a bit and learned a bit more, but nothing really big seemed to happen until the ending. From halfway through, the story became more interesting and towards the end there where some action filled scenes. The overal plot just seemed to lack some direction and it felt like a bit of a fill-up book. There are some important things that happened, but not a lot. Mostly they are just hiding and biding their time before taking actions and when they finally do take actions, it was the end of the book already.

I also had some issues with the characters, they just seemed to run around and they made some dumb descisions and everyone was keeping secrets from each other. They jumped to conclusions really fast and didn’t seem to really think things through. I didn’t really connect with any of the characters in this book, maybe also in part because I couldn’t remember much about them from the first book. I did remember the most about London, a bit about Rye, but hardly anything about Zen, Kim and Tora. Their actions in this books also made it hard to like them, they all seemed to act so hastly or without thought.

I did like all the interactions in the Astral world and how their Otherborns and their normal selves got more intertwined. There did seem more focus on the Astral in this book and they learned a lot of new things about their powers and the Astral. That was one of the things I enjoyed most about this book, the progress they made with their powers, they finally seemed to get a sense of what exactly they are capable off. There are some cool scenes where their powers got them out of a difficult situation and this book seemed to lean a bit more towards the fantasy than the dystopia spectrum. I also liked the part about the Dream sickness, it just fit this world where they lived in. Although it seemed a bit weird the government could just get away with what they did.

The ending was weird, it was a cliffhanger, but it just felt off. And London did something pretty stupid at the end. Finally when things started getting interesting, it got weird again and then just ended. It does make me wonder how this series can continue after this.

There was some world building in this book too, the main world building is already done in the first book, but in this book it get’s expanded. There is so much about their powers and the Astral the characters didn’t know and that get’s added in this book. Although I did found some concepts a bit hard to grasp. The Astral is a weird place and that’s probably why the explanations are a bit weird too, but it was just difficult to really ‘get it’ because everything was so vague. There is so much possible, but there doesn’t seem to be a clear rule or such for what is and what isn’t possible. It is just all a bit vague and mysterious, although I assume that’s part of the author’s intent, it did make it difficult to fully understand the Astral. I just wanted to understand the world and that just didn’t seemed really possible in this book.

To conclude: I had some trouble getting into this book, I forgotten a lot from the first book and couldn’t connect with the characters due to that. There was enough recap of events to help with remembering the plot. There seemed to be a lot of running around in this book and the pace was a bit slow till halfway through, nothing really seemed to happen. I also got annoyed at some of the things the characters did, like making hatsy or dumb descisions and keeping so many secrets. All in all I enjoyed the first book in this series a lot more, but this was still an enjoyable read. I finished this in a little more than a day, so that’s saying something. I am curious how the next book wil continue after the ending of this one. 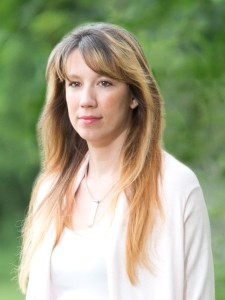